Christians Are Called to Be Counter-Cultural 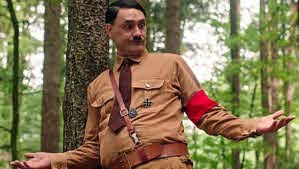 Some say they don’t believe in “evil.” That’s why they’re forced to compare anyone who’s against them to Hitler. With no objective measure of good and evil they can only compare and contrast their enemies to known historical figures. This historical person is unpopular and this one is popular. This person killed for the right reasons and this one didn’t.

That is the measure they implement. That is why you don’t get many comparisons to Stalin. He’s not known enough to be truly unpopular because they are sympathetic to his reasons for killing millions. So children aren’t taught about Stalin or Mao and the tens of millions of deaths on their hands. People on the left often wear Che Guavera shirts even though he too is a mass killer. Why? Once again, they support his reasons. So the question is never good or evil but popular or unpopular.

And that is what it comes down to. Evil is relativistic. Situational. It intentionally doesn’t stand out. It seeks to disappear into the folds of fads and trends. It rolls with the cultural tides and presents itself as the easy choice. Evil disguises itself as progress.

Christianity, however, calls us to be counter cultural. Christianity calls us to stand up against the modern moment and declare, “As it was in the beginning, is now, and ever shall be, world without end.” Sometimes we forget what a revolutionary statement that is. It is a stand against all the modernists who argue for evolving ethics and how something that was wrong way back when is now ok, or even preferred.

It is a stand for objective truth. It states I believe there is a Creator. We are not flukes or accidents on an uncaring rock hurtling through nothingness. We believe that God created the world as an act of love and we are called to respond with love.

Our very lives must exist as a challenge to the status quo.