You Know How I Know Pro-Lifers Are Winning Hearts and Minds? 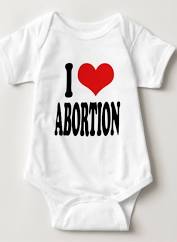 Reading this brings a great smile to my face.

Refinery29, which I suspect is… shall we say, abortion sympathetic, wrote this piece bemoaning that the Biden White House doesn’t actually say the word “abortion” enough. You see, it’s not enough to actually be pro-abortion. You have to actually mouth the word to show a complete commitment to the idea that killing the unborn isn’t just permissible, it’s laudable.

“During a press briefing on Monday, White House press secretary Jen Psaki addressed the Supreme Court’s decision to hear a challenge to Mississippi’s 15-week abortion ban — all without actually saying the word “abortion” once. Instead, she used the messaging consistently employed by President Joe Biden and his administration, cycling through phrases that clearly allude to abortion when used in context, but avoiding the actual word.

“Over the last four years, critical rights like the right to healthcare and the right to choose have been under attack,” Psaki told reporters at the briefing. “The President and Vice President are devoted to ensuring that every American has access to healthcare, including reproductive healthcare, regardless of their income, zip code, race, health insurance status, [or] immigration status. As such, the president is committed to codifying Roe regardless…of the outcome of this case.”

Rather than use the word “abortion,” both Biden and Psaki have continued to opt for euphemistic terms like “reproductive health” or “access to choice.” To be clear, an abortion does technically fall under the larger umbrella of reproductive health; however, avoiding the word enables the stigma.
This isn’t a one-off instance for the Biden team, either. If you’re not listening for it, the omission would almost go unnoticed. But upon further examination, the exclusion becomes glaringly obvious because the administration pretty much does it every time. “He has not said it at all since he took office, but definitely well before that,” Renee Bracey Sherman, founder of the abortion storytelling organization We Testify, told Refinery29. “I started noticing it pretty much on day one with the first press conference that the White House had on Inauguration Day.”

During the first White House press conference, Owen Jensen, a reporter for the Catholic television network EWTN, asked Psaki about the Hyde Amendment, which bans federal funding from covering abortion services. Psaki side-stepped the question, instead choosing to focus on Biden’s religious affiliation. “I will just take the opportunity to remind all of you that he is a devout Catholic and somebody who attends church regularly. He started his day attending church with his family this morning, but I don’t have anything more for you on that,” she said.

This set a precedent that has continued to permeate Psaki’s conferences.”

We’ve long noticed that leftist politicians employ euphemisms such as “reproductive choice” or “women’s rights” when talking about ripping the unborn apart. I guess “choice” polls better than “murder.”

But the point, I think, is that pro-lifers have done an amazing job at winning the hearts and minds of the country, so much so that abortion advocates don’t even use the term. The problem is, of course, that winning the hearts and minds of people is not an effective political strategy because the Supreme Court took that issue out of the hands of the regular common folks. They decided that some issues are a little too weighty for “We the People.”

So yes, in the long run it is good and necessary to win hearts and minds. It is necessary because in the end people must be convinced that all life is sacred or the nation will fall. In the short term, the only way we tip the scales of the court is by winning the presidency. But even that has come into question. Was the last election valid? Did Joe Biden win millions more votes than even Barack Obama? I don’t believe so.

So winning hearts and minds affects people’s choices over whether to keep a baby or not and that is a necessary one. I’m just pointing out that it may not be an effective political strategy. For that, we need to appoint more Supreme Court justices with backbones. We are about to learn how many we have of those. Pray for five.

If we get to five and the Supreme Court makes it allowable for states to make rules restricting abortion then all the work done to change hearts and minds will begin to reap benefits. So, in the end, the pro-life side is winning and the other side knows it. That’s why this Supreme Court battle is going to be ugly, bitter, and long.