An Opportunity for Catholic Schools, which they’ll Completely Misunderstand and Destroy. 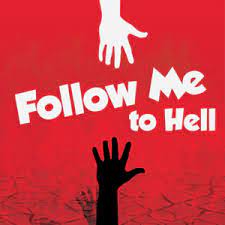 But this kind of thing hardly raises an eyebrow anymore. For years I’ve done stories about how schools have become leftist indoctrination camps. Colleges have become something far worse. My years at The Cardinal Newman Society offered me an up front seat to hundreds of Catholic colleges following their secular counterparts in leading their students to secularist leftism.

As schools across the country continue to go further and further off the rails, Catholic schools have an opportunity to define themselves as standing against the culture, which is exactly what a Catholic school should be doing. So many parents are searching desperately for someplace that bears a resemblance to normal.

Sadly, so many Catholic schools will take the wrong lessons from what is going on in the culture. Instead of contrasting themselves they will compare and mirror. They will “compromise.” They’ll just shrug and say that’s what schools are doing nowadays so let’s do something similar but not quite as far.

Catholic schools, when they do this, simply show that they are willing to go anywhere the culture goes but just a little slower. Kids don’t do slow. If they’re going somewhere they want to get there yesterday. You know what kids like? Rebellion. Catholic schools have to rebel a against the culture, not compromise. They have to teach the children about right and wrong and love and faith. Give them reasons to rebel. Evangelize. Or is that a dirty word nowadays?

The further adrift the culture becomes the greater opportunity is offered to the Catholic schools. I fear they will will simply shrug, surrender, and shamble along at a slightly lower speed to the same final ruinous destination.