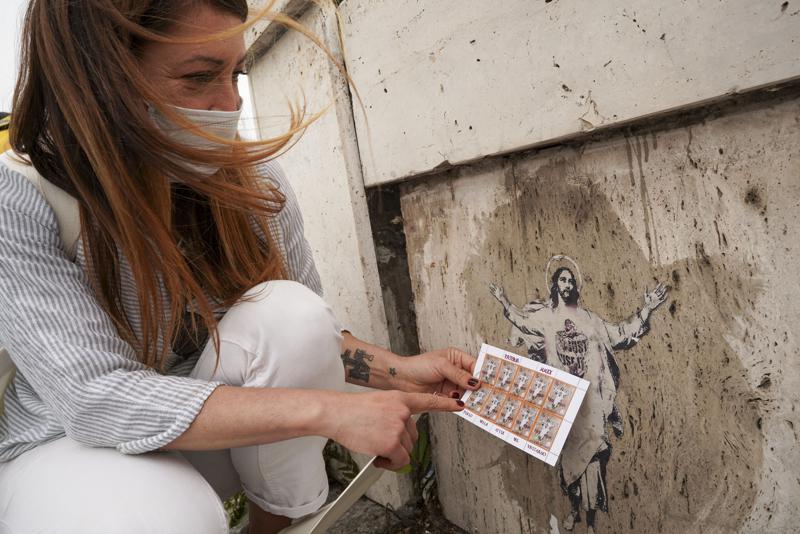 One night in early 2019, Rome street artist Alessia Babrow glued a stylized image of Christ she had made onto a bridge near the Vatican. A year later, she was shocked to learn that the Vatican had apparently used a reproduction of the image, which featured Babrow’s hallmark heart emblazoned across Christ’s chest, as its 2020 Easter postage stamp.

Babrow sued the Vatican city-state’s telecommunications office in a Rome court last month, alleging it was wrongfully profiting off her creativity and violating the intent of her artwork. The lawsuit, which is seeking nearly 130,000 euros ($160,000) in damages, said the Vatican never responded officially to Babrow’s attempts to negotiate a settlement after she discovered it had used her image without consent and sold it.

“I couldn’t believe it. I honestly thought it was a joke,” Babrow told The Associated Press in an interview, standing steps from St. Peter’s Square. “The real shock was that you don’t expect certain things from certain organizations.”

Gee, if only the Vatican had some like really awesome paintings of Jesus they could’ve accessed. I wish we did so that we didn’t have to steal images from graffiti artists. It’s too bad there haven’t been any great Catholic artists in the past two millennia.