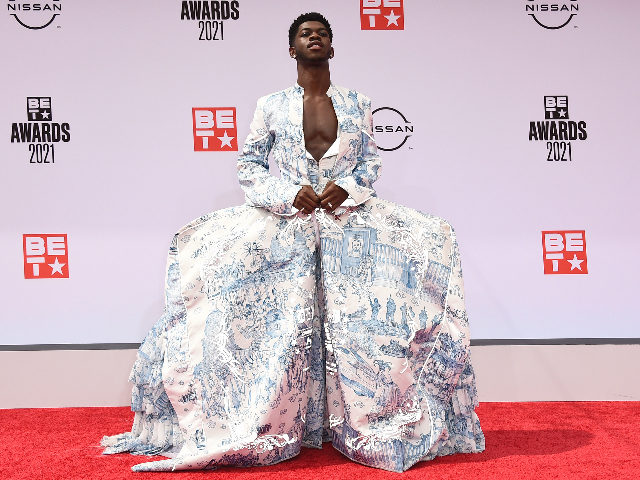 Rapper Lil Nas X, always one to seek attention, showed up to the BET Awards donning a dress that depicts what the outfit’s designer described as “parallelism between Nazism” and the Catholic church.

The singer walked the red carpet wearing a gown designed by Andrea Grossi, which stands as part of her “Welcome to DeusLand” collection which supposedly “talks about a future society and the future of human being” and contains imagery drawing parallels between Nazism and the Catholic church.

Here’s the thing. Hating on Catholics will always gets the media clapping like trained seals.

And you get to pretend that you’re “controversial” because you hate on the Church which everyone in the media and the entertainment community also hate. And those who don’t, likely lack the stones to stand up against you.

This kind of hate doesn’t just show up at award ceremonies. It’s everywhere. There’s a connection with all the vandalism of Catholic Churches and the derisive way so many politicians speak of Catholics. This hatred doesn’t end there. It persists and grows. It will infect everything and will lead to violence…which will be ignored.

Silence is the applause of the corrupted. And we will hear nothing but silence.