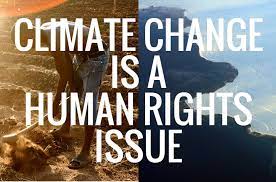 When I say nomenclature is the battle we must be fighting, this is what I’m talking about.

John Kerry is the US special presidential envoy for climate and that means he gets to fly around on carbon spewing planes while lecturing you that your dishwasher is going to break the universe. When asked about working with China on climate, in the face of their ongoing brutality of its own people and the genocide against the Uyghurs, John Kerry said something shocking.

“Well, life is always full of tough choices in the relationship between nations,” said John Kerry, responding to Bloomberg’s David Weston on September 22. Weston had asked him, “What is the process by which one trades off climate against human rights?”

“First and foremost,” said Kerry, “this planet must be protected. We all need to do that for our people. … [China] care about clean air, clean water. They want a planet that is respected and that they can look to for future generations. And they need that as much as we do.”

The American government no longer believes the right to life is paramount. This shouldn’t come as a surprise to any babies conceived after 1973 but it’s still nice when they just say it, rather than couch it in political lingo.

This is not a mistake or a case of someone speaking out of turn. This is policy. The week before, House Speaker Nancy Pelosi said the U.S. must work together with the Chinese regime to fight climate change even if the regime is actively committing genocide against its own people.

“With their military aggression in the South China Sea,” said Pelosi, “with their continuation of genocide with the Uyghurs in Xinxiang province there, with their violation of the cultural, linguistic, religious priority of Tibet, with their suppression of democracy in Hong Kong and other parts of China as well, they’re just getting worse in terms of suppression and freedom of speech.”

Let’s not even discuss the fact that this “trade-off” violates the Genocide Convention of 1948, which requires signatories, such as the United States, to undertake “to prevent and to punish” acts of genocide.

But of what importance is the Genocide Convention of 1948 in the face of an uptick in temperatures of half a degree over a half century. At least the Uyghurs will die with the knowledge that their deaths may lead to a signed pact that China will promptly ignore.

It is now policy that climate change is paramount to human rights. That should scare everyone.

What hope does an individual have for their rights to be protected or fought for in the face of a global crisis that could impact each and every person on the plant. According to utilitarian ethics that seem to have been adopted by our elites, whatever is good for the greatest number of people is the right thing to do. So if there’s a genocide here and there, what is that in the face of saving every man, woman, and child on the planet?