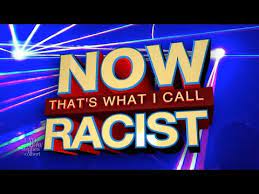 Hate is contagious. And at this point we’ve come to a place where those who espouse hatred are celebrated, promoted, and accepted into the class of the elites.

A professor at Rutgers University said that white people can’t afford to have children and “kind of deserve it” in a September virtual conference hosted by a prominent black-oriented publication.

Brittney Cooper, a professor of women’s and gender studies and Africana studies at Rutgers, made the statement during a session of the Root Institute conference.

Set up as a discussion between Cooper and author Michael Harriot, the session was titled “Unpacking the Attacks on Critical Race Theory” and occurred on Sept. 21.

Cooper cited the rise in the cost of living as the reason white people aren’t having children, saying, “White people’s birth rates are going down … because they literally cannot afford to put their children, newer generations, into the middle class … It’s super perverse, and also they kind of deserve it.”

Cooper also said that she wants to say, “We gotta take these motherf*s out,” but that she can’t because “I don’t believe in a project of violence” and that “our souls would suffer” from doing so.

“I think that white people are committed to being villains in the aggregate,” she said.

Think about this. Parents who love their children are paying tens of thousands of dollars to send their child to be educated at the feet of a woman who wants to take the white “Mother f*s out.”

They’ve always said that you have to teach children to be racist. I just didn’t know it was so lucrative as well. And that’s my point. If there are no repercussions for this kind of espoused race hatred it will continue. If it continues to be promoted as enlightened and those who espouse it are seen as enlightened intellects who get all the good jobs it will spread like wildfire. Many in academia aren’t very intelligent at all. They are simply following a career path and whatever they have to do to advance they will do. And if they can start a little fire in their corner of the world that helps the world burn so be it as long as world burning is seen as a good thing.

Parents must start demanding sanity for their children. Or the world will burn.