Loyola Marymount U to Host Fundraiser for Planned Parenthood. 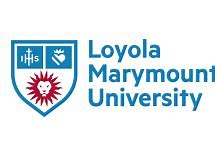 RenewLMU, an organization committed to making Loyola Marymount live up to its Catholic name, reports that an on campus group will be hosting a fundraiser for Planned Parenthood. RenewLMU has created a petition to bring this to light and hopefully have them reconsider and cancel this diabolic event.

Here’s what they wrote:

We write to ask you to cancel Loyola Marymount University’s “Planned Parenthood Fundraiser” scheduled for November 5th at 7:00 p.m. in Roski Dining in University Hall. Founded by the eugenist and virulent anti-Black racist Margaret Sanger, Planned Parenthood is the largest abortion provider in the United States and has been caught red-handed in the illegal sale of fetal tissues and has been complicit in sex trafficking.

Alternatively, we suggest that LMU Women in Politics, the group sponsoring the fundraiser, might select a more worthy recipient of funds, one that more effectively supports women’s dignity and whose primary purposes are not at odds with the Catholic Church. Selecting Planned Parenthood as a recipient for fundraising on a Catholic campus is decidedly divisive. A fundraiser in support of an organization that affirms rather than undermines the dignity of women would be an opportunity to build bridges, bringing together people from all sides of the table in support of women’s advancement.

This LMU event is not an academic debate but a fundraiser. As such, LMU is making an in-kind donation to the nation’s largest abortion provider. President Snyder, please take action now to prevent an egregious violation of LMU’s Jesuit, Catholic identity.

You can sign on to the petition by clicking here. I am not shocked by any of this. Pretty much all the Jesuit education institutions have veered so far from Catholic teaching that they are sometimes anti-Catholic. I’m only saying “pretty much” because I’m thinking (hoping?) that maybe there’s one or two that are still faithful Catholic institutions somewhere that I just don’t know about. Probably not though.

Thank goodness that there are still organizations calling them out on it.