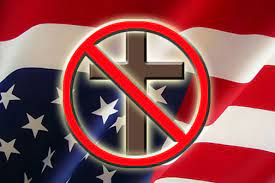 The New York Times, a former newspaper, reported that Catholic and Orthodox Jewish groups are urging changes in President Biden’s proposed Build Back Better Act that discriminate against religious organizations.

In the current language of the bill is language which would apply nondiscrimination provisions to religiously affiliated prekindergarten and child care facilities. The bill as now drafted treats facilities that would accept child care vouchers issued to families as direct recipients of federal funding:

[Present provisions] could bar federal funds from going to programs that refused to hire a gay employee, gave preference to applicants of their faith or failed to renovate their facilities to accommodate disabled students….

The United States Conference of Catholic Bishops and the Orthodox Union … have made the case to members of Congress that they could not accept money to run preschool or child care programs unless the bill expressly exempts them from anti-discrimination laws, such as Title IX, which protects against discrimination by sex, and the Americans With Disabilities Act, which they argue could require costly upgrades to old buildings, including houses of worship.

What they’re clearly not realizing is that this language is not a mistake or a hiccup. It is the point.

Federal funding is the best means they have of controlling the recipients of the funding. So, in effect, it’s a way of bribing Christians to stop being so Christiany.

Sadly, many will take them up on this.