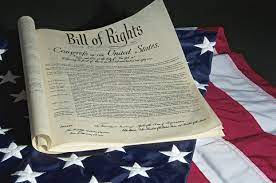 In case you missed a memo, they hate you.

A draft memo obtained by Fox News targets two actions related to the the First Amendment from earlier this year, and the Religious Freedom Restoration Act (RFRA), which prohibits federal infringements on the free exercise of religion.

“Prior to the delegation in 2017, no division was singularly responsible for the Department’s compliance with RFRA or the First Amendment,” it reads.

“That model recognized that all components of HHS had a responsibility for compliance and that OGC [Office of General Counsel] was a central partner in providing key legal advice on RFRA and defending the Department when RFRA claims were raised. Rescinding the delegation to OCR does not lessen the commitment of the Department to compliance, but ensures that it is not misused by any one agency to enact a broad, proactive agenda.”

So they don’t want the OCR looking into violations of religious liberty. HHS is essentially saying that we’re all equally responsible. And you know what that means. If everyone’s in charge, nobody’s in charge. And who do you go to if there’s a violation? You’ll be pointed in every direction and none at all.

Roger Severino, who led OCR in the Trump administration, said, “Without dedicated staff responsible for investigating religious freedom complaints, HHS will return to trampling people’s rights as before — just ask the Little Sisters of the Poor.”

“Becerra told Congress that he values religious freedom and that nothing will change with OCR concerning enforcement,” he added. “His actions since then prove that he lied and this move would put an exclamation point on his anti-religious hostility.”