Who Else is “Below My Line?” 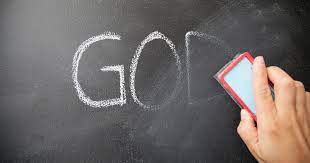 I’m sure you’ve all seen the video of the owner of the Golden State Warriors saying he doesn’t care about the Uyghurs in China who have been brutally enslaved and are being killed. He said “of all the things I care about they are below my line.”

I don’t care much about going after this guy. I’m not interested in cancelling him or demanding he be fired. He told the truth. It’s an ugly truth.

But he didn’t tell the whole truth. The Uyghurs are “below his line” because there’s money to be made in China. Let’s be clear. There are some pretty major incentives for him to place others below his line.

Those “below the line” are classified as those who shouldn’t be cared about.

In a godless universe, this is how it would be. Everyone takes care of themselves and only themselves. We, however, do not live in such a universe. And as Christians we do not get to cast anybody out, declare them inconsequential, or put them below our line.

John 15:12: This is my commandment, that ye love one another, even as I have loved you.

For a Christian, nobody is below the line. God knows and loves all of us.

“Even the hairs of your head have all been counted. Do not be afraid. You are worth more than many sparrows.”

We can not consider anyone else below our line. In fact, Jesus said, “Whatsoever You Do to the Least of My Brothers You Do unto Me.”

It’s a good opportunity to consider those who are “below the line.” The unborn? The elderly?The sick? The poor? The unvaccinated? Those on the other side of the political aisle?

Christ literally saves us in so many ways. By imploring us to love others as He has loved us, He has established the way. It is THE WAY.

I feel bad for this guy. This poor rich guy. Pray for him and the millions of others who don’t know Christ.