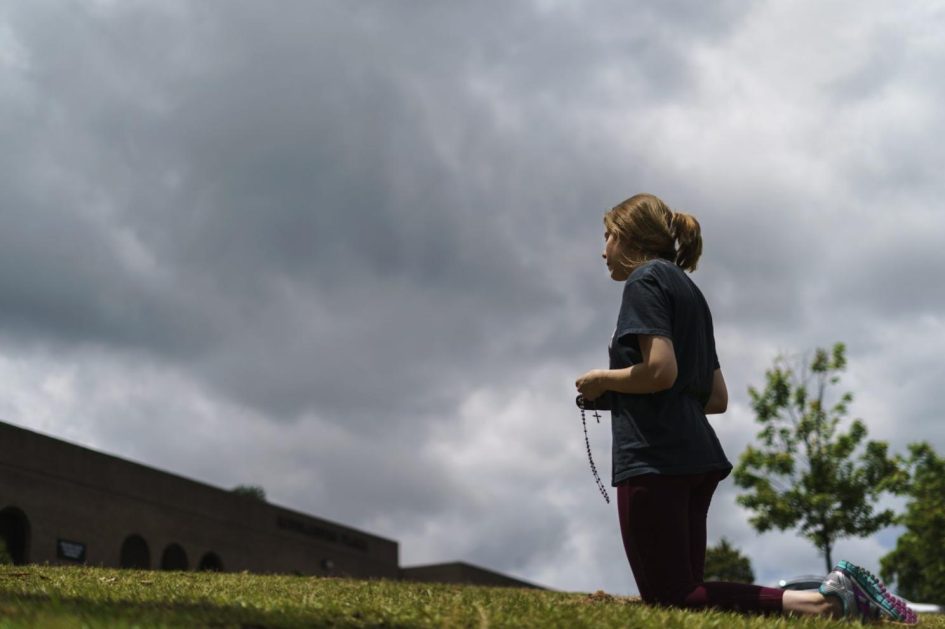 Hey, to me this is good news. At least we’re being honest. A little.

The percentage of Americans who say they believe in God has dipped to the lowest number in the past nearly 80 years, according to a new Gallup poll published Friday.

The Values and Belief poll, conducted from May 2 to 22, showed 81% of people answered that they believe in God. That is down six percentage points from the 87% of respondents who said they believed in God in the 2017 poll. This year is the lowest percentage in Gallup’s trend since the public opinion polling company first asked the question in 1944.

This year’s poll found 17% of Americans said they do not believe in God.

OK. This is sad news, right? It is. This means that almost 20 percent of Americans believe that life is just an accident in a meaningless universe. But the truth is that their lives have meaning and worth. They don’t know that. That’s sad.

The good news is that Big Atheism has gotten their asses kicked over the past two decades. Bit Atheism has ruled our culture and all they’ve got for it is Hollywood, the media, many politicians but that’s it.

Over 80 percent of people still believe in some form of God. That seems like a loss. Big Atheism went to war in our culture about twenty years ago and this is all they’ve got to show for it. Kinda’ sad actually.

Don’t get me wrong. It’s not that Christianity has won. We haven’t either. We haven’t done ourselves proud either but at least we’re not those guy, am I right?

The secularist left in our country has demonized Christianity effectively. I’ll give them that. So when people suspect there’s more to this world than just an accident of life on a meaningless rock, they last place they’re going to look for meaning is Christianity. There’s many more popular sports such as Wicca, new age, and pagan routes they travel down first.

So, on that front we must do a better job of evangelizing.

81 percent still believe in God. Let’s work on them. Let’s work on promoting the love of Christ to them. Let’s do the right thing at all times and do to publicly and happily and with forgiveness in our hearts. Why? Because it’ll really piss off the 19 percent!!!

Not actually. But that’ll be fun for a while.