Watch The Atlantic Hilariously Flee from their Own Rosary Story. 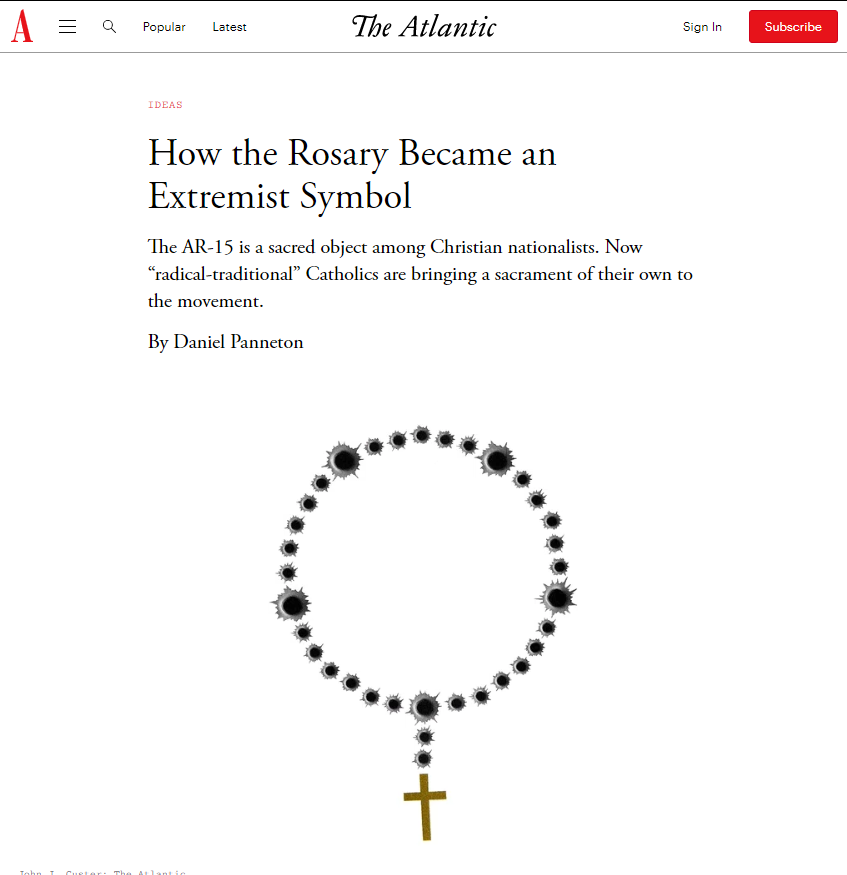 They got some blowback for obvious reasons and then attempted to “modify” the headline on the fly:

You see, now they’re trying to make gun culture that active part and the rosary is the victim. Watch how they downplay it further.

Now gun culture is only “trying” to co-opt the rosary and they’re asking why the rosary is showing up in some pictures online with guns.

Hmmm. The answer to that is that you can find pretty much anything online. Case in point. I just googled “dancing snake” and got this:

Does this mean that snakes dance? Does this mean there’s a movement of people creating dancing snakes? Nope. It just means it’s the internet where people waste their precious lives doing stupid stuff.

You radical leftists wanted a hit piece on “Christian nationalism” and you jumped on a few random photos online and linked them together. They saw pictures of rosaries and guns and throughout “Hey, there’s two things we don’t like. Let’s do yet another piece demonizing Christians, especially those Catholics.”

This is insane. We all know it.

HT to Jack Posobiec who followed this story at The Atlantic so we didn’t have to.