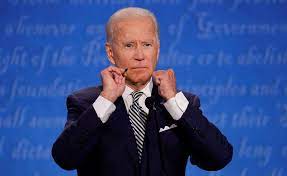 An 84-year-old volunteer for a pro-life group was shot following an alleged “heated” exchange while she was canvassing door-to-door regarding an abortion ballot proposal.

A woman was knocking on doors in a neighborhood of Lake Odessa on Sept. 20.

She was attempting to discuss the state’s upcoming vote on Proposal 3 and hand out pro-life pamphlets.

A “yes” vote would write a broad new right to “reproductive freedom” into the Michigan Constitution, invaliding a 1931 abortion ban and potentially other existing regulations.

A “no” vote would leave abortion access up to elected officials in Lansing or judges, who have so far suspended enforcement of the state’s 91-year-old ban under rulings that abortion opponents are appealing to higher courts.

The pro-life advocate was attempting to persuade Michiganders to vote against Proposal 3 on the Nov. 8 general election ballot.

The woman is a volunteer of Right to Life of Michigan – a self-described “nonpartisan, nonsectarian, nonprofit organization of diverse and caring people united to protect the precious gift of human life from fertilization to natural death.”

During one of her stops, the volunteer allegedly got into a “heated conversation” with a resident.

“The 84-year-old victim said that she was shot in the back/shoulder while leaving a residence during a heated conversation, and that the man who shot her was not a part of her conversation,” Right to Life of Michigan said.

“The victim does not know the identity or motive of her shooter,” the pro-life group stated. “The victim is still recovering from her gunshot wound and wishes to remain anonymous while the criminal investigation proceeds.”

It is open season on pro-lifers. The media doesn’t care. The government doesn’t care. Imagine for a moment it was a pro-abortion advocate who was shot. You’d have Biden with his tiny medicate eyes staring out blank and pitiless into the camera saying things like, “C’mon man” and “look. Look” as he confusedly stated that the scourge of right wing fascism has reached epidemic proportions.