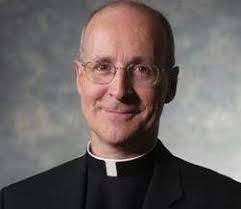 Here’s a thread in which Fr. James Martin attempts to Jesuit away the very idea of religious liberty. I find this disgusting and obvious. Does this really work on anyone?

But a majority doesn’t make things right. In truth, he’s either shockingly simplistic or lying. Guess which one I think. Secondly, he’s demonizing good and faithful people who are attempting to live their lives faithfully.

Once again the Supreme Court will take up the question of whether someone can refuse to do business with a same-sex couple because it offends their Christian beliefs. But notice that these business owners don’t have a problem with (nor should they) serving non-Christians…— James Martin, SJ (@JamesMartinSJ) October 3, 2022

More broadly, Christian business owners have no problems serving Jewish, Buddhist or Hindu customers (nor should they) who don’t believe in the most fundamental Christian beliefs, like the Trinity, the Incarnation and the Resurrection….— James Martin, SJ (@JamesMartinSJ) October 3, 2022

In other words, these Christian business owners have no problems serving people who don’t believe in Jesus, perhaps the most basic Christian belief…— James Martin, SJ (@JamesMartinSJ) October 3, 2022

None of these Catholic or Christian business owners has said, as far as I know, “If I am forced to serve a non-Christian, it would mean that I was supporting someone who doesn’t believe in Jesus, and this is something that my conscience will not allow…”— James Martin, SJ (@JamesMartinSJ) October 3, 2022

So if this is about a business owner’s conscience being offended by serving a person with different beliefs (or a person who practices something that they find offensive) then the most generous interpretation is that their consciences are being highly selective…— James Martin, SJ (@JamesMartinSJ) October 3, 2022

The only matter that seems to offend the consciences of these few Catholic and Christian business leaders is same-sex marriage. So let’s not call this a case of “religious liberty.” Let’s call it what it is: homophobia.— James Martin, SJ (@JamesMartinSJ) October 3, 2022

OK. If you were to ask an African-American who runs a catering hall to host the next meeting of KKK. Should he/she be expected to oblige? Should they be forced to host a Klan rally?

No. And it’s not because they hate white people. It’s because renting their facility to the KKK would go against their beliefs.

These Catholics and Christians aren’t refusing to serve people who are attracted to the same sex. They are refusing to endorse same-sex marriage. They will not be forced to endorse such a thing.

When Jesus was asked about marriage and divorce His reply was clear:

“Have you not read that from the beginning the Creator ‘made them male and female’ and said, ‘For this reason a man shall leave his father and mother and be joined to his wife, and the two shall become one flesh’? So they are no longer two, but one flesh. Therefore, what God has joined together, no human being must separate.”

These few brave Christians are standing with Jesus against the tide of a corrupt world. They should be prayed for and applauded, not undercut by others seeking adulation from the world.