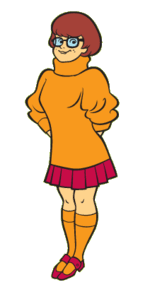 In the wake of the Bros-pocalypse you’d think the entertainment industry might’ve learned a lesson. But the grooming of your children must continue apace, profits be damned.

In the latest Scooby Doo cartoon movie it turns out Velma is gay. Like really really gay.

How likely is it that cheating affected the outcome of the 2020 presidential election?

It’s also a cheap marketing ploy. They’re hoping that some people will react strongly against this so they can act all high and mighty. I couldn’t care less. Here’s the thing. Nobody could care less about Velma’s sexuality.

But when they do stuff like this it makes their game obvious. Velma isn’t the point. Your kids are the point.

We’re just going to ignore you. In the end, the entertainment industry wants normal people’s money. Just ignore shyte like this. That’s your best course of action.

When they stop attempting to force their sexual beliefs onto our children maybe we’ll watch your crap again.