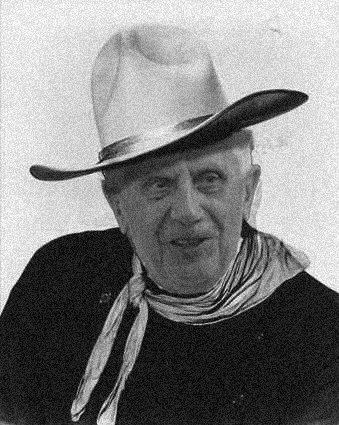 Russell Shaw has an article on Catholic Exchange in which he wonders aloud that given the Pope’s reputation as timid, overly cautious, and slow to make decisions; After the last few weeks, if this is the timid and indecisive Pope, one can only wonder a bold risk taker would look like. In reading the piece, I couldn’t help but conjure the image of John Wayne. That’s right, the Duke.

Like John Wayne, Pope Benedict does not need to make a big scene to be heard. His quiet self-assurance makes his presence felt. When he enters a room, or in the case of the Pope, when he enters a discussion he is heard. When he has made a judgment about the course to be taken, there is no doubt that he will take it.

The Pope made a prudential decision that the 1962 missal should not be mired in the half-banned status that it has lingered in for the last 20 years. He knew what he had to do. He set out on the course, undeterred by those metaphorical Indians shooting arrows at him along the way. There were those who vehemently opposed this effort and those who complained about how long the process was taking. The pope would not be impeded or rushed. He worked with the bishops, heard their concerns, took his time, and then made the decision.

He knew that the CDF document ‘On the Church’ would not be popular, but he knew it was the right thing to do. He rightly understands that ecumenism is not the watering down your beliefs to appease others. Rather, true ecumenism is preaching the truth in a gentle and loving way so that people not generally inclined to listen might come to understand the truth. Ecumenism from strength.

In all his quiet certitude, in his determination to do the right thing in a gentle voice that seems to say “Follow Me, Pilgrim”, Pope Benedict may be remembered as the John Wayne of Popes.