When I heard the report at the end of last week that Pope Benedict has asked the Congregation for Divine Worship to study some potential changes to the liturgy, I got very excited. Think about all the possibilities! Think about what the Mass could be, rather than what it often is. The abuses and experiments, gone! The tawdry celebration of self, gone! Latin back in its proper place! Gregorian Chant! The priest’s magnificent back on glorious display!

The more I thought about it the more excited I became and the more I started wondering how would such a change be successfully introduced to the faithful? How could we not only have the faithful accept the changes to the mass, but actually desire them? To want them, need them, can’t live without them?!?

First, we need a good product name. Fortunately, I took care of that for them the other day when I dubbed the new New Mass, Novus Ordo 2.0. I know, I know. Stroke of genius that. 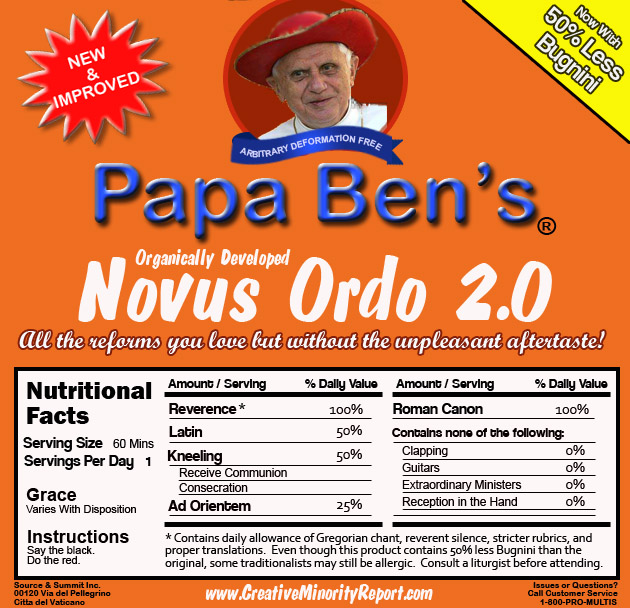 This idea is a surefire winner, don’t you think? Well, I have to go now, the Pope should be calling any minute.