Republican Party Or The Donner Party? 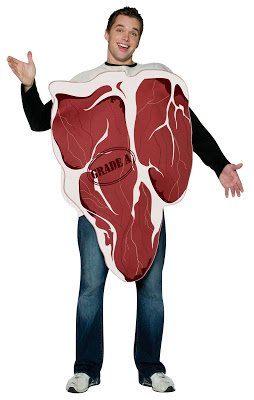 How come every time Republicans lose an election and are banished to the wilderness; instead of gathering together, the Republican Party starts acting like the Donner party. Well, the GOP is in full cannibal mode now and us social conservatives are looking an awful lot like T-Bones to our fiscal conservative friends.

The funny thing is that I’ve never once heard social conservatives say after an election, we’ve got to lose these fiscal conservatives. Here’s the thing -Barack Obama promised 95% of the people tax cuts. He was feigning a measure of fiscal conservatism. Was he lying? Probably. But enough people bought the rhetoric to get him elected.

Like Dale, over at Dyspeptic Mutterings says I’m not sure how any sane person could see McCain’s loss as evidence that social conservatives are a drain on the party. It seems to me that the fiscal conservatives were the ones who pushed McCain on us and were the first to abandon the USS McCain when it started taking on water. While we were working the buckets Christopher Buckley and Kathleen Parker and their fiscal friends rowed away and called us names.

I think the biggest message of 2008 is don’t make anyone from the cast of Grumpy Old Men your standard bearer. Or how about we actually nominate someone who can deliver a message.

I don’t know how social conservatives are getting pinned with this loss. This is McCain, guys! The McCain who labeled some leading Christians “agents of intolerance.” The McCain who courted and wooed the New York Times. McCain was not our guy. He was theirs. He was Mr. Moderate. And he lost. He lost bad.

Agghh. I just get tired of half the party looking down on the half I’m in. Don’t worry. Before the fiscals made their getaway I put holes in all their lifeboats. They’ll be back come election time. And if they’re wet, I’ve got a some T-Bone clothes for them to wear.