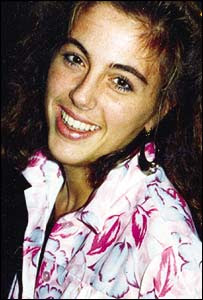 I didn’t want today to pass without mentioning Terri Schiavo. Today is the fourth anniversary of her passing.

I remember it clearly because it was right around the time Pope John Paul II passed away as well. I was really dumb because even right up until the end I expected something to happen to save her. I couldn’t believe an entire nation was just letting this woman be starved to death. She wasn’t terminally ill. She wasn’t on a life support machine. She was being starved to death.

I kept expecting someone to do something. Some did but it wasn’t enough in the end.

And I thought at the time that at least the nation would wake up after they realized what they’d done and be horrified by their own actions. But incredibly the moral of Terri’s story to the culture seems to be a cautionary tale for right wing overreach. In short, the nation watched a slow-motion execution and came away unaffected.

Even President Obama said he regretted voting for congressional involvement in the case: ‘I think that was a mistake, and I think the American people understood that was a mistake. And as a constitutional law professor, I knew better.”

I wish that Terri’s death had convinced people that dehydration is wrong–at least when it has not been explicitly and knowingly requested in writing by the patient ahead of time. Alas, it does not appear to be so. But we can say this: Nobody can ever say again about the dehydration deaths that are happening in all fifty states and around the world as you read these words, “I didn’t know.” I believe we are all morally accountable for the positions we take on this important ethical issue.

So today, many remember Terri. And we pray for Terri, her family, and America.