Putting Words to Intuition in the Liturgy 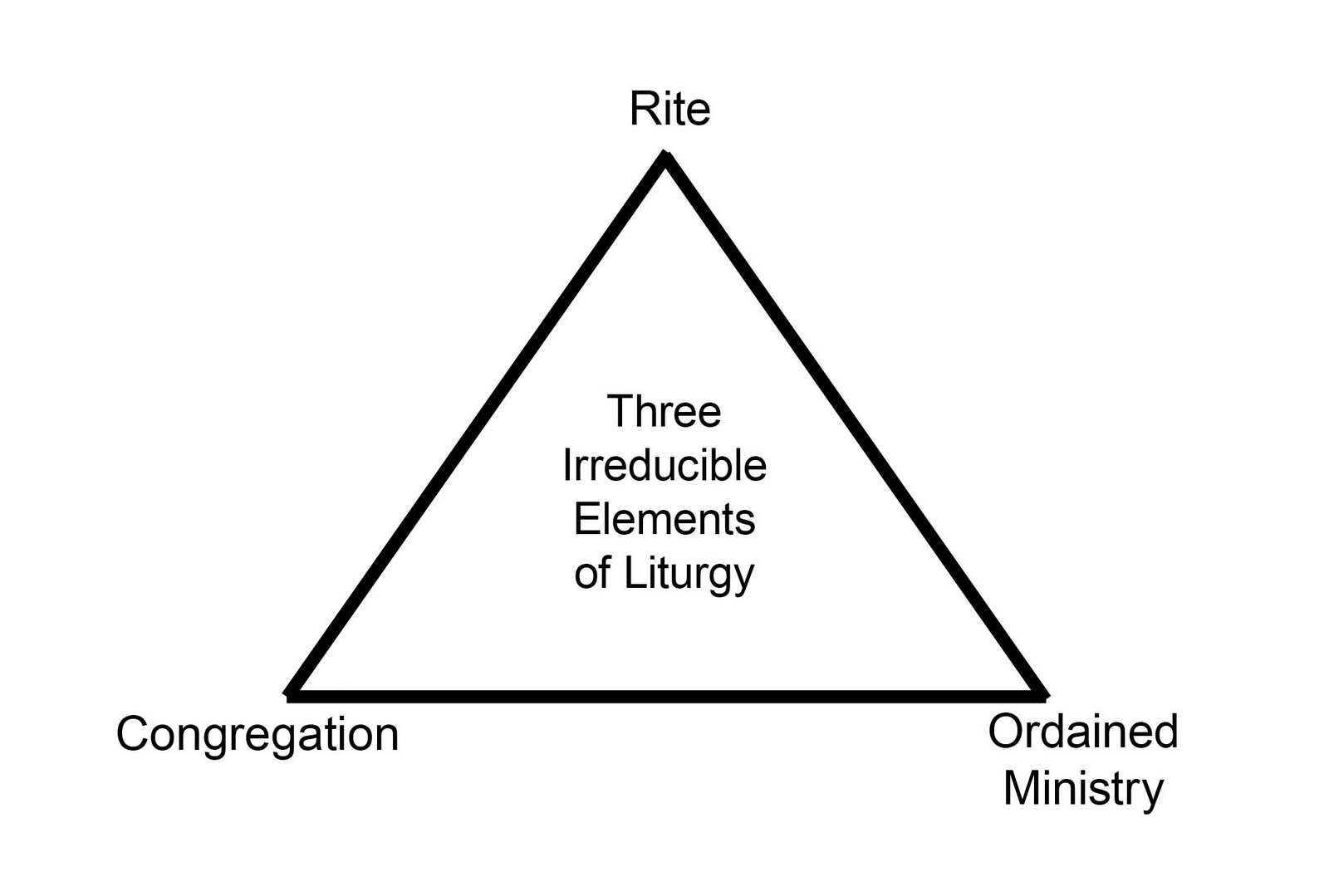 I recently re-read a very instructive chapter in Monsignor Francis Mannion’s excellent book Masterworks of God: Essays in Liturgical Theory and Practice in which he provided a framework for understanding things done in the sacred liturgy. This has been helpful for my students over the years, and I thought I’d bring it to the readers of CMR.
We’ve all heard complaints over the years that “Father did such and such” or “the music director did so and so.” Usually we have a sense that something was wrong, but don’t often know what. Usually these things aren’t so much matters of overt heresy as they are of imbalance. Lay people try to do things that are reserved for the ordained, the priest tries to appear approachable to the congregation and departs from the rite, the musicians want “high music” at the expense of participation, or they want “low” music at the expense of the rite itself. Monsignor Mannion’s helpful triangle, of which I made a diagram above, can come in handy in determining the nature of the problem.
His basic argument is that in the earthly dimension of liturgy, there are three different irreducible parts: the rite (texts, vestments, art, music, architecture, etc.), the ordained minster (priest or deacon) and the congregation (everyone else). These are intended to be in proper balance, and if they get out of balance, some other aspect of the liturgy tends to suffer.
If the rite so dominates the priest and the people — turning the Mass into a fashion show of vestments and incense or a concert of sacred music — we see the appearance of ritualism. If the people become the center of the worship to such a degree that they disregard the proper role of the priest, the texts of the Mass, or liturgical art, we see congregationalism at work. If the priest decides that the ritual book is his alone (either by denying the people their proper role or by making unauthorized changes) one gets clericalism.
Before the Council, people claimed that we saw too much emphasis on the rite and the priest, and not enough on the congregation. In an exaggerated response in the 1970s, we saw quite often an extreme congregationalism. Today, most serious Catholics are trying to find a balance. The priest has his proper role, the people have their proper role, and the rite binds them all together. They enrich and mutually reinforce each other when properly balanced.

Hopefully this will be a handy reference point for determining what’s going on in your own parish or for testing your own liturgical preferences against a theological standard.