Marriage as a Life Issue 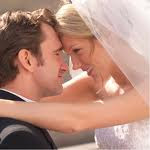 The Guttmacher Institute released a study this week concerning the characteristics of women seeking abortion which has highlighted once again the importance of marriage.

The study shows how disastrous the sexual revolution and it’s consequential disintegration of marriage has been.

Who’d a thunk it? Women who have sex with men who aren’t committed to them for life might feel a little skittish about having their boyfriend’s children.

Guttmacher points out that “the overwhelming majority of women having abortions (85%) were unmarried.”

Abortion is a sympton of a lack of love. The only thing that can truly stop abortion is love. Real committed love. Always has been. Always will be.

When marriage is weakened through easy divorce or the legalization of same-sex marriage, studies have shown that illegitimacy and abortion increase. So maybe one of the most pro-life actions one can take is defending marriage.