Palin Comes Face to Face With Bear, Let’s See Obama do That! 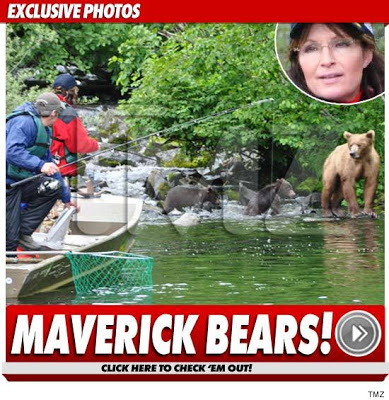 I’m not saying she’s my first choice for President but I have to give Sarah Palin mad props for this one. According to TMZ, Sarah Palin came face to face with a bear and two cubs. And she kept her cool. Something tells me meeting with Putin wouldn’t be such a big deal for Sarah.

Look, everyone wonders how they’d react if they were ever face to face with a monster -and make no mistake a bear is a monster. It’s faster than you, stronger than you and would eat you with its big sharp teeth and be looking for your neighbors by brunch. That’s a monster. I think anyone who wants to be President should be forced to face down a monster of some sort. I think it would be very telling to see how they’d react.

I’m not saying something like this is feasible. I’d imagine the insurance on something like this would be pretty high, maybe even prohibitive. And then there’s the chance of a presidential nominee being eaten alive on national television which might be kind of rough. But we could show it at like 10 p.m. when all the kids are in bed.

I’m just saying that now everybody knows what Sarah’s made of. And it’s strong stuff. Now, imagine if before the last election we’d done this. How do you think Obama would’ve done face to face with a bear. I’m just betting Obama would’ve bowed to the bear. 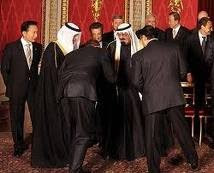 I wonder how John McCain would’ve done. I honestly don’t know. I wasn’t the biggest McCain fan during the election but I’ll admit that the guy might have been as cool as the other side of the pillow or he might have just gone totally wacko and jumped into the water, fashioned a spear out of some fallen sticks and demanded to have it out right then and there with the bear. That was the thing about McCain. Dude kept everyone on edge a little bit.

But what I’m really saying is you can say what you want about Sarah, but how many politicians wouldn’t have had to change their underwear after meeting a bear? And I think that says something. You?