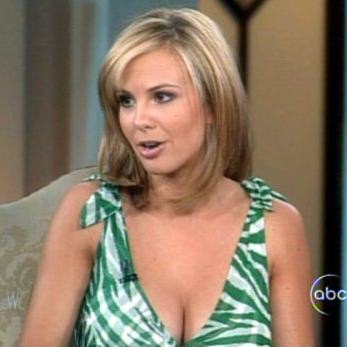 The most liberal show on television just got more liberal. The “conservative” co-host said in an interview that sure she thinks abortion is killing a human but that doesn’t mean it should be illegal. Yahoo reports:

Hasselbeck, who campaigned with Sarah Palin in ’08, insists that she’s been misunderstood, saying in a recent interview that she regards President Barack Obama as an “incredibly cool guy” and parts company with conservative culture warriors on the charged issues of gay marriage and abortion rights. On the latter front, she says she’s “torn”; she offers fairly unequivocal support on the controversial question of same-sex unions.

In an interview with Fancast’s Adam Buckman, Hasselbeck insists she’s not “ultra-ultra-conservative on every issue.” “I actually support gay marriage,” she says, an admission that puts her to the left of Obama.

As for abortion, Hasselbeck confirms she believes that life begins at conception but also says she doesn’t think the government should tell women what to do with their bodies. “I’m torn there in terms of supporting laws” for or against abortion, she says. “I always say I would rather a change in heart than a law.”

The want (even need) to be liked is a dangerous thing.

I can’t stand when people say that when it comes to abortion they’d rather change a heart than the law. I always wonder, can’t we do both?