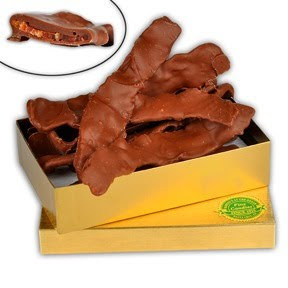 With the revival of this horror genre seems to come some unexpected problems with some nutty young folks.
Two self-described practitioners of paganism and vampirism have been arrested in Arizona after they stabbed their roommate in an attempt to drink his blood.

Robert Maley, 25, told police that he had previously allowed his friends, 21-year-old Amanda Williamson and 24-year-old Aaron Homer, to drink his blood but when he refused to last Monday, the two stabbed him in their apartment.

AZFamily.com reports that firefighters were at the scene for an unrelated call when they saw Maley, covered in blood, run out of the apartment. The police were immediately alerted. HT Weird News

We should all take a lesson from this. Even if you have let your roomates drink your blood in the past, no still means no. I think we need a public awareness campaign. Maybe with Crispin Glover and that werewolf kid with no shirt on. I am just spitballin’

Eleven tons of marijuana, a stockpile of semi-automatic weapons—and a mural of Justin Bieber? Welcome to the dangerous world of Rio’s drug trade.
On Sunday, more than 2,000 heavily armed forces raided Complexo do Alemao, Rio de Janeiro’s most notorious shantytown, hoping to drive out the drug cartels that control the area’s 70,000 impoverished residents. The Guardian newspaper reports that amid the skirmishes—which left at least 50 people dead—drug lords disguised themselves as evangelical preachers and fled the neighborhood through sewers.

Police began combing through the drug mob’s abandoned houses almost immediately and uncovered lavish accommodations replete with swimming pools, saunas and flat-screen televisions. In the home of “Pezao”—one of the country’s most-feared traffickers—they found several tons of drugs, one missile and a hand-painted mosaic of the Biebs. An adjacent wall also featured several posters of the Canadian pop star.

Write this down. ” Tons of drugs. A missile. And the Biebs!” First our culture was feminized. Now our drug culture has even been feminized. Apocalypse people. Apocalypse.

Researchers at Johns Hopkins University believe that proteins can be removed from the brain’s fear center to permanently erase memories. Richard L. Huganir, professor and chair of neuroscience in the Hopkins School of Medicine, said this “raises the possibility of manipulating those mechanisms with drugs to enhance behavioral therapy for such conditions as post-traumatic stress disorder.”

While this technology is certainly open to abuse by mad scientists and bad sci-fi writers, I do see some potential upside. I could permanently erase from my brain that Rosie O’Donnell Variety Hour and all that time I committed to Battlestar Galactica thinking the robots had a plan. They didn’t.

══ 5 ══
Horse Who Counts Better Than The Gummint

Lukas, a thoroughbred gelding from Chino Hills, Calif., knows how to do much more than walk, trot, and jump. Among his many talents, he knows how to distinguish between different shapes, spell his name, and identify numbers. And finally, he’s received an honor worthy of his skills: a Guinness World Record.

The Guinness Book doesn’t have a “smartest horse category,” so Lukas had to settle for “Most Numbers Correctly Identified by a Horse in One Minute,” identifying 19 numbers in the space of 60 seconds.

That is one smart horse. You know what you call a horse that smart? Glue. That’s what. Maybe if he identified 20 numbers in 60 seconds we could have done something. But only 19? Glue.

When you are a rapist, it is hard to be even a bigger jerk. This guy found a way.

A&E presents “Strange Days with Bob Saget”, a new real-life series that busts down barriers to investigate some of America’s most fascinating subcultures and corners of society. Documenting his journey around America, Saget immerses himself in different unusual cultures from the world of Bigfoot hunters to the trials of the pro-wrestling circuit.

Word has it that Saget doesn’t find Bigfoot. But can you really blame Bigfoot for staying away from Saget? The fact that Saget didn’t find Sasquatch only proves to me that he may be more intelligent than we believed. (Bigfoot, not Saget.) If Saget truly wanted to investigate subcultures misunderstood by America, maybe he should find the people who actually might tune into his show.