We Gotta Convert These Dudes 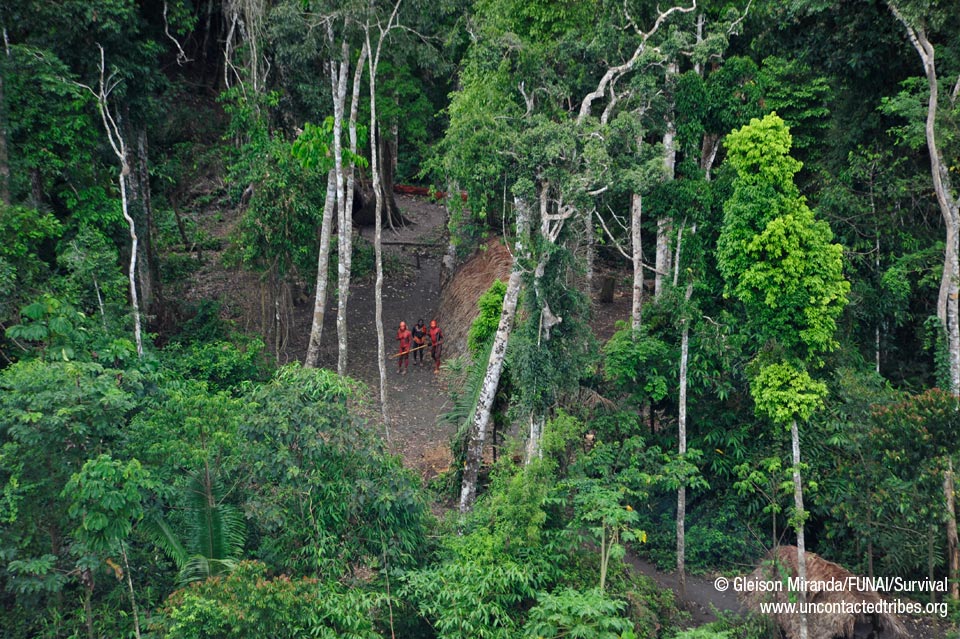 There had been some speculation that they were a hoax.

The Brazilian Gov’t has just released more pictures of that undiscovered tribe in Peru.

The Brazilian government and tribal culture advocacy group Survival International have released photos of a possible undiscovered tribe in the Amazon.

The photos were taken by a Brazilian observation plane and one of them shows a group of seemingly healthy tribe members with food they’ve gathered.

The Brazilian government released the photos to raise awareness about the tribe and the dangers they face.

Your average modern Jesuit would likely just give them some condoms and tell them about the Buddha. No not that kind of Jesuit. Where is Jeremy Irons when you need him?

In all seriousness, Jesus died and rose from the dead for these fine folk. Shouldn’t somebody tell them the good news?