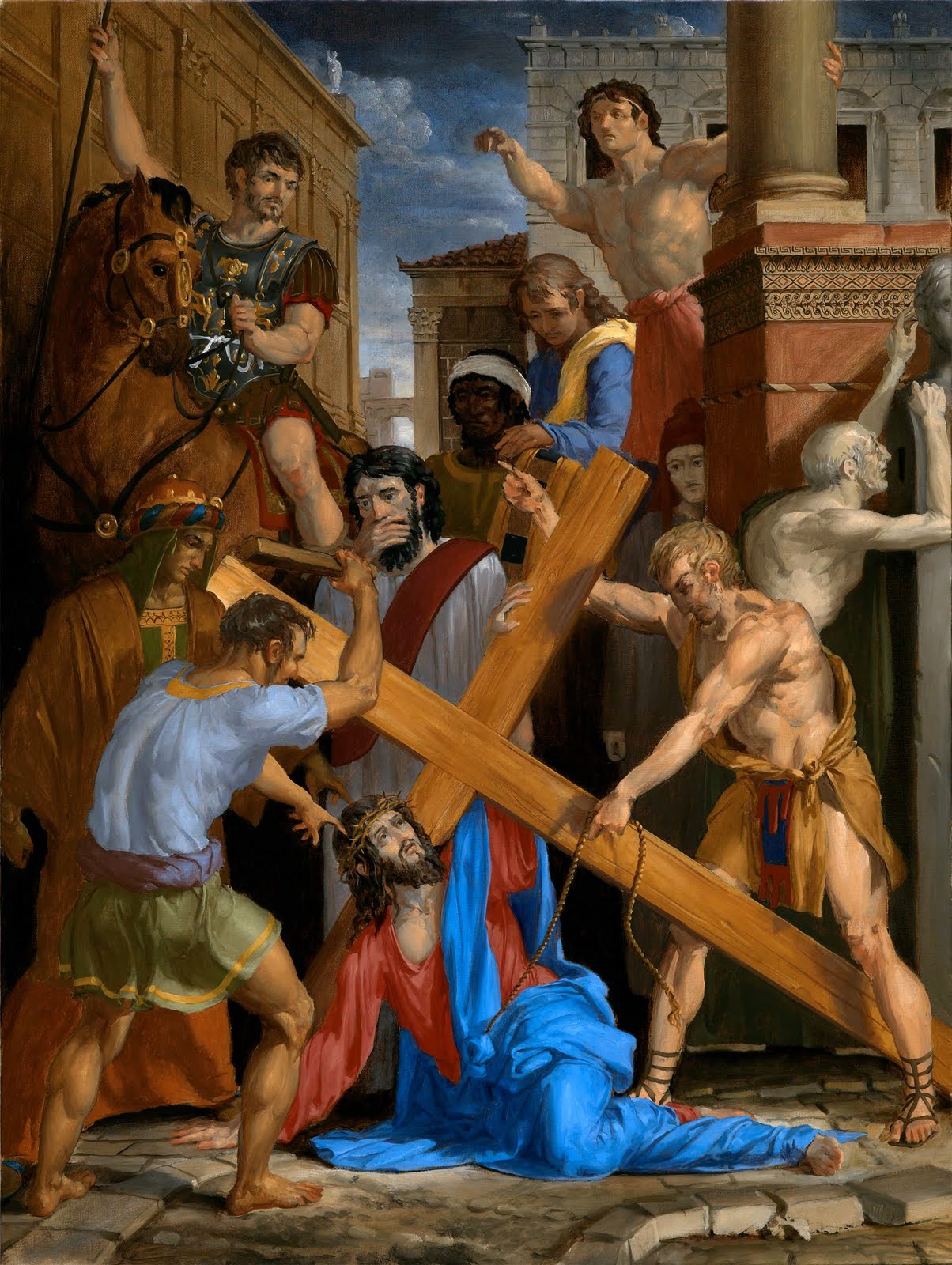 
Station seven shows Christ falling a second time, and here Porter provides a sense of movement in addition to the narrative itself. Not the curve in the road and the pointed finger of the man holding on to the column. In a church, the seventh station would be the last one at the rear of the north side of a church, so the worshipper would have to cross across the back of the nave and then turn left and begin with the stations back to the front. Here the painting itself gives cues to the one praying. The road turns in the direction of the person’s actual route in the church, the horse begins to move in a new direction, and the figures not only point toward Christ’s path, but the path of those who pray the Stations. This intentional similarity of movement is meant to intensify the experience of walking the stations with Christ.

Many figures occupy the space of the picture plane, representing here many nationalities. The henchmen who push Christ along are new in every painting, and here one is blonde and the other dark-haired. A middle-eastern man and an African are shown as well, indicating that all sinners required redemption and are implicated in the death of Christ.

Christ’s weary face remains determined, looking up to heaven in a kind of peaceful calm outside of the chaos coming at him from every side. His cross is beginning to get more ragged –eventually at the crucifixion it will take on the irregularity of a tree once again, becoming the Tree of Life. The pathos of Christ’s suffering is evident in the face of the man behind the cross in the white garment and the red sash as he sees Christ about to be hit with a piece of lumber. Secondary narrative crisscross the painting—the faces of shock, sorrow, anger, indifference, wonder and violence all surround Christ.

On the left, an elderly man representing the old system of belief reaches up to remove the laurel wreath from a Roman statue, indicating that there is no victory in the pagan religions. Rather, the true victory over sin and death is in the crown of thorns worn by Christ.