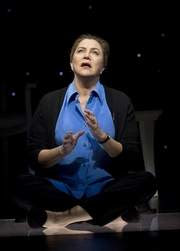 The virulently pro-abortion and generally skeevy Kathleen Turner is set to play a Catholic Nun on Broadway. What could go wrong? Lots.

Turner plays Sister Jamison Connelly, a foul-mouthed recovering alcoholic who is asked to treat a 19-year-old crystal meth addict and prostitute. Nice.
She’s making her first appearance as a Roman Catholic nun when the play “High” opens this month on Broadway. And, in a divine bit of coincidence, the actress best known for “Body Heat” and “Romancing the Stone” also stars as a suburban mom striving to be named Catholic Woman of the Year in a new film opening at the same time at the Tribeca Film Festival.

“For some reason this year it’s my year of Catholicism. Who knew?” says the 56-year-old actress in her rose-filled dressing room at the Booth Theater where she’s putting the finishing touches on Matthew Lombardo’s play.

“I must confess that I don’t believe in any organized religion,” she says. “I happen to think that they’re all men putting words in God’s mouth. That doesn’t work for me, but I certainly believe in belief and faith.”

I personally can’t stand Kathleen Turner. To me, she always seems like the hyper-annoying love child of Brenda Vaccaro and Harvey Fierstein (if such a thing were possible), except without the talent and the good looks. Blech.

You know how they say there are not enough parts for talented middle-aged women? That is obviously not true.