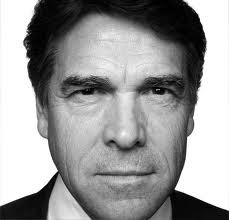 Perry is certainly intriguing. A captivating speaker who can work a crowd like no other, Perry inspires unwavering enthusiasm among his supporters. His speech at the Republican Leadership Conference left the roaring crowd chanting, “Run, Rick, run!”

But he’s not just flash. Having served as a Texas State Representative, Commissioner of Agriculture, Lieutenant Governor, Governor for an unprecedented ten years, and Chairman of the Republican Governors Association for two terms, Perry certainly has the experience – both legislative and executive – desired in a presidential candidate. Throughout his career, he has been one of the most outspoken and effective champions of limited government, free market economic principles, and common-sense laws that benefit people, not politicians.

Thanks to the solid fiscal conservatism Perry has advocated in the past ten years as Governor of the Lone Star State, Texas was the last to enter the recession and the first out. Perry credits Texas’ remarkable economic stability to “keeping taxes low and regulations predictable, and maintaining a fair legal system.” Since he took office in 2001, Texas has created over 700,000 new jobs – more than any other state – and over a third of all new jobs in the past year. The country’s top exporter, Texas remains one of the largest economies in the world and is home to more Fortune 500 companies than any other state. The state’s healthy job market is drawing folks from all across the country, attracted by the business-friendly environment and the lack of personal income tax. The state has a balanced budget, but it also has a $9 billion rainy day fund, just in case.

He’s also a strong social conservative, having recently introduced legislation requiring women seeking abortions to have a sonogram beforehand. Perry also backed bills to eliminate sanctuary cities and require photo identification to vote. His support for gun rights prompted one company to make a special handgun in his honor.

Those are all great things, but….

There is always a but, right. These “buts’ really make you wonder.

Some on the right will slam Perry for being too moderate. There are two particular policy decisions that have drawn fire from conservatives and, while not exactly hot-button issues, seem inconsistent with his limited-government philosophy and threaten to erode his support base. In 2007, Perry signed an executive order requiring that all sixth-grade girls receive a vaccine to prevent HPV and cervical cancer, citing economic and health benefits. Though the order allowed parents to opt out, most opponents said mandating the vaccine stepped on parents’ toes and was a government over-reach into family decision-making. “I always stand for life,” Perry said without apology in defense of this initiative, which was overturned by the legislature.

Still others objected to Perry’s former plans to use eminent domain to create the Trans-Texas Corridor, a 4,000-mile shipping pathway including toll roads, rail lines, and utility lines. Intended to improve transportation of commercial goods with minimal expenditure of taxpayer money, the part public, part private infrastructure project sparked heated criticism. The plan was reworked into smaller projects in 2009 and scrapped in 2011 in response to public outcry over the intended acquisition of land, involvement of private companies, and potential for heavy tolls. Perry still defended the decision: “I don’t think it was a mistake at all…we had to come up with some concepts and some ideas of how to move people effectively and efficiently.”

The Gardisil issue is the one I really have a problem with. Further, his refusal to admit that he may have been wrong even after the fact is extremely troubling. Can I trust a guy who would try to force my children to take a vaccine to a sexually transmitted disease even over my objections because HE thinks it is a good idea. That seems awful Obama-esque, no? I am tryin’ got put this in perspective, but I am having a hard time of it? Is this as big a deal as I think it is?