The Battle over the Book Of Kells 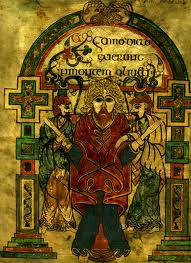 The famous Book of Kells was stolen from Kells in the 17th century and now they want it back from Trinity College which currently has it. The book is an illuminated manuscript with ornate and extravagant illustrations containing the four Gospels of the New Testament. It was created by Celtic monks around 1200 years ago.

Kells Tourism Forum spokesperson, Lucy Reilly, pointed out that the Book of Kells was taken from the Church of Saint Columcille in Kells in 1653 and eventually ‘given’ to Trinity College by a man who had been a senior officer in the army of Oliver Cromwell and who later became vice-chancellor of the college, Henry Jones.

“The book, however, did not belong to Henry Jones and Trinity College do not own the Book of Kells. The Book of Kells is a national treasure, and is the property of the people of Ireland and Kells is its rightful and spiritual home,” she said.

There have been several attempts to get at least one of the four volumes back to Kells, most notably in 2000 when Trinity refused to return it.

“This time, the call comes from the people of Kells, as well as from elected representatives. This time, the political will is there to put in place a purpose-built facility to house the book safely and display it an appropriate early christian setting,” she added.

Ms Reilly said the town’s heart, the Book of Kells, had been ripped out by Cromwellian forces and continues to be done so by Trinity College.

“The Book of Kells is part of the cultural heritage of Kells, which we are being denied. Our country is in trouble and tourism is the industry that will lift it. Access to the Book of Kells in Dublin is limited by the lack of parking and coach operators dread visits to Trinity College,” she claimed.

“The Book is split into four volumes, Matthew, Mark, Luke and John, and having one volume in Kells would not affect the stream of visitors to Trinity, but would open up access to the book to Irish people and visitors alike, and increase overall visitor numbers.

“The Book of Kells is an early Christian artefact and should be celebrated in an appropriate early Christian setting as opposed to its current profane setting. There is now worldwide recognition that artefacts such as the Book of Kells morally belong in their original homes. For example, last year, after nearly a century-long bitter dispute that involved Peru filing a lawsuit in the US, Yale University agreed to return thousands of artefacts to Peru that had been taken from the Inca citadel of Machu Picchu,” she went on.

Ms Reilly said that although Trinity’s current offer to “tell the story of Kells” is welcome, it is not good enough.

“The Book of Kells belongs in its true home, and we will be satisfied with nothing less. St Colmcille, were he here today, would declare that anything else would be a bad judgment. Now we call on Trinity College to share at least one volume of the Book of Kells with its true home, Kells, County Meath,” she said.