Cain’s Kinda’ Freaking Me Out 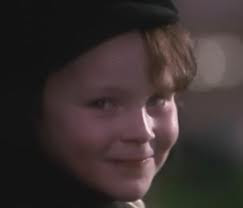 I don’t know what’s going on with the dude smoking in Herman Cain’s latest ad that’s garnering all sorts of publicity. Rick Perry came out with his tax plan yesterday and all anyone’s talking about is Cain’s ad. I guess everyone is used to politicians blowing smoke metaphorically but literally is a little weird. But hey, it’s working for him because everyone’s talking about it.

The last time there was this much talk about the smoking man, Mulder and Scully were in season three.

I’m sure you’ve seen the ad by now or heard about it but please watch it just for Cain’s smile at the end.

But never mind all that smoking man stuff. What’s with Cain’s smile at the end? That’s like the bad guy won at the end of the movie smile, isn’t it? If a man smiles at someone like that something bad is about to happen or it already did and you just don’t know it yet.

It’s kinda’ like when Damien at the end of “The Omen” is at his father’s funeral and he smiles right at the audience.

I’m not comparing Cain to Damien. I’m just sayin’ his smile in this kinda’ freaked me out. And if you turn Cain’s 999 plan upside down, what are you left with? 666. Once again. Just sayin’.

And you wanna’ know the kicker. I’d still vote for Cain over Obama. (Mostly because I’m scared of him.)