Of Lice and Girls 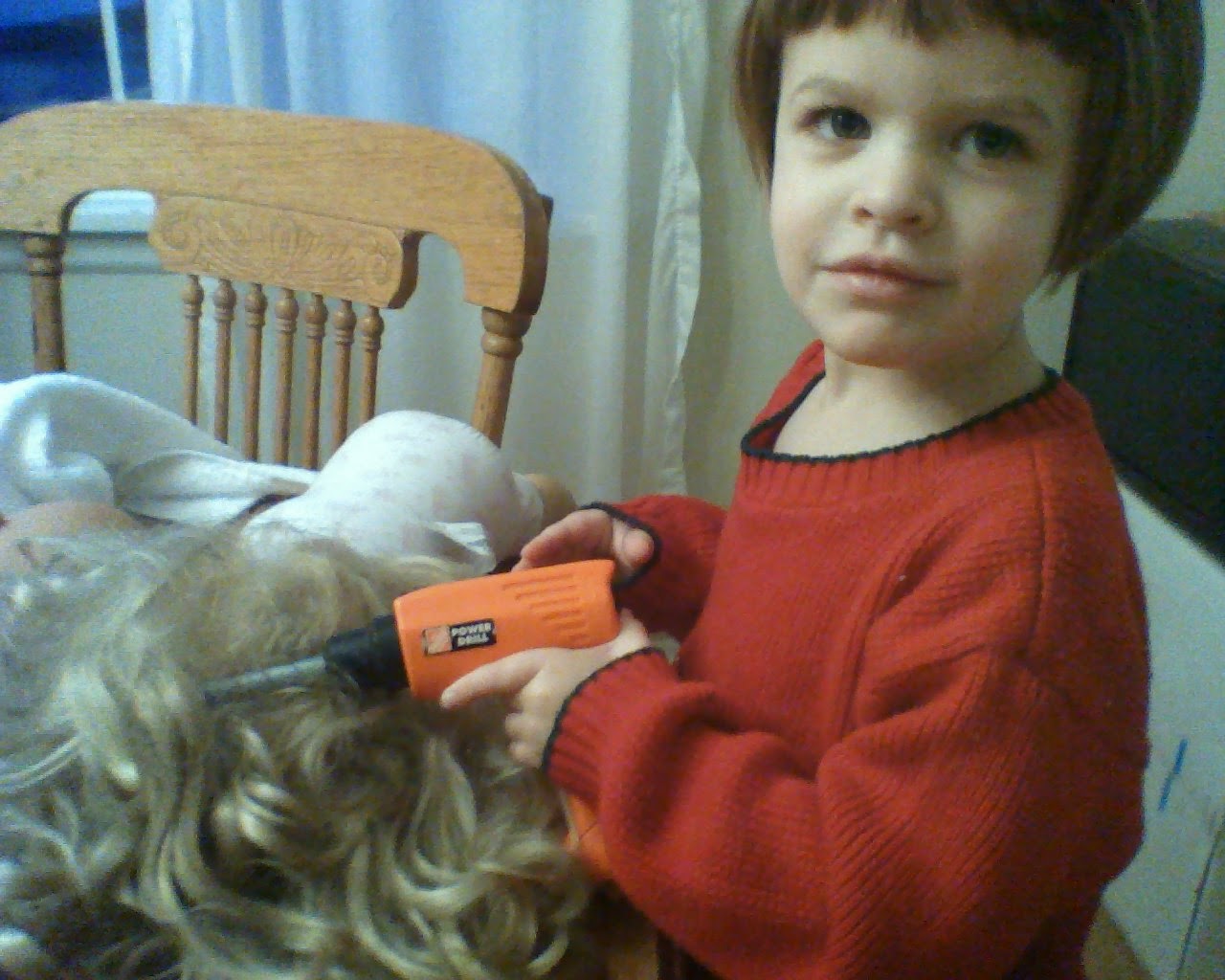 I have three daughters and one son. My youngest daughter has had head lice four times. FOUR TIMES! And she is only 9. I am sure she will get it a few more times since she is apparently a delicious snack that no self-respecting head lice can resist.

Why am I writing about this? Well I suspect I have more experience with head lice than most, and I am willing to share my experiences if they can save even one family from making the same mistakes I made. So I am here to give my advice on how to deal with this terribly embarrassing affliction in case you are so unfortunate as encounter these little pests.

But before I give you advice, I think I have to give my experience some context. The first time my youngest got head lice, it was brought in by a friend of her older sister. Big sis had a sleepover birthday party. A couple weeks later, the mother called me and told me her daughter had lice. I inspected my children, but since I had never encountered head lice, I had no idea what I was looking for. My gut was telling me that I should treat, but denial kicked in. I wish I would have treated right away; things may have turned out differently.

A few weeks later, Sarah, about 3 years old, was scratching her head. I looked at the top of her scalp and I saw several bugs scurrying around. OH THE HORROR!  After the initial shock wore off, I ran to the store and bought up a bunch of pesticide lice shampoo. I shaved my boy’s head and then hacked my girls’ hair to a chin length bob. Then I treated all the females, including myself, but I still found live bugs on Sarah right after treatment. So I treated again. Then I washed everything in sight. I sprayed the car and home upholstery with more pesticide. I bagged up all the stuffed animals and put them in storage for several months. I threw away all the hair accessories and boiled all our brushes. I spent hours everyday combing her hair with the cheap lice comb that came with the pesticide.

Somewhere in there, I did what I call “the walk of shame.” I called everyone Sarah had come in contact with and told them she had head lice. Even though I knew it was not something we did wrong or anything to be ashamed of, I was still mortified.

I never got lice myself, even though I share a brush with Sarah. Her sisters did have a few nits, which I quickly dispatched. Nits are lice eggs. I seemed to have gotten rid of it, but a few weeks later Sarah was infested again. I treated everyone with pesticide again and spent more hours combing, begging her to sit still. Still the little brown bugs survived and thrived. Sarah (and consequently our whole family) was not welcome at school, play dates or family functions.

I treated with more pesticide, this time prescribed by the doctor. Nothing was working. I finally figured out that these lice were resistant to pesticide. This is probably why Sarah has had it so many times. The parents and doctors in my area do not realize that the pesticides aren’t working anymore and the problem just keeps going around.

Next, I tried all the home remedies including smothering her with tons of mayonnaise and olive oil like she was a submarine sandwich. Nothing worked. Poor Sarah was so fed up with my constant picking at her, one day I found her with a toy drill drilling her doll’s head. I asked her what she was doing. She said, “Getting the bugs out.”

I finally put my chemistry degree to work and found, in my opinion, one of the best product ever made. It is called LiceFreee. It is a highly concentrated solution of sodium chloride, better known as table salt. Even head lice cannot become resistant to osmosis. As LiceFreee comes in contact with lice and their eggs, it dehydrates them. Bam! Dead! It comes with a kick-butt lice comb that puts the ones that come with the pesticides to shame. And best of all, it is non-toxic. Thanks to LiceFreee, we were finally free.

Unfortunately my trials were not over. I was pregnant with my fifth child when the lice saga began. I was close to 12 weeks, and I had told everyone since I had never miscarried before. Suddenly I found myself in the doctor’s office, and he was telling me that they could not find a heartbeat. I went home to miscarry. It was not pretty, and two weeks later, I was in surgery to fix the incomplete miscarriage.

I will always wonder if it was all that pesticide so early in the pregnancy that killed my baby. I wore gloves, but I treated myself so many times I have to wonder. My OB said it was fine to treat myself. I guess I will never know, but I will forever associate head lice with one of the most traumatic experiences of my life.

Fast forward a couple of years and Sarah picked up head lice again. Hyper-vigilant, I now check her thoroughly the minute she scratches her head more than twice in 10 seconds. I have no idea where she got it, but this time I was prepared. I treated her and all the girls right away with LiceFreee. It never spread to anyone else in the house and there was no recurrence. In the case of head lice, an ounce of prevention is worth a ton of cure. I did “the walk of shame” again, but this time it wasn’t so bad. What I couldn’t prevent were the flashbacks to the loss of my fifth child.

The third and fourth times (both about a year apart) were very much the same as the second. Caught early with no transmission to me, sisters or friends, even when they played all day together. (Don’t know where case #3 came from, but #4 came from playing briefly with a girl in the neighborhood. None of the other neighborhood kids got it, just Sarah. Lucky me.) When caught and treated early, the cleaning regimen is much more manageable. LiceFreee could possibly be my best friend.

I know you are all screaming that I need to use tea tree oil shampoo on Sarah. I do, but summer often means washing her hair with chlorine removal shampoo instead. Whether the tea tree oil works at repelling lice I do not know. It could just be that she only comes in contact with lice during the summer. After her 4th case, I have said no to any shampoo that is not a lice repellent.

So what is my advice? Here is a list:

1. Be prepared. If you have children, you should have LiceFreee on hand. I have found no amount of “lice education” like not sharing brushes etc. is enough to keep these guys off of Sarah. When they like your kid, they like your kid. If there is a lice outbreak, LiceFreee disappears and quick. Buy it now. They sell it at Amazon, Walgreens, WalMart and Winco. Buy enough to treat everyone in the house that is not willing to have their hair cut super short (like Marine Corps “high and tight” short.) One and a half bottles of the spray is sufficient for shoulder length hair. If the hair is very long, then at least two bottles will be needed.

3. Do not be in denial. You will not likely find any live lice. They are wily. Your child may not even be itchy. But if you find even one nit, a brown or white teardrop stuck to a hair on your child’s head, then they have head lice and you need to treat them. Nits (lice eggs) are very distinctive in that they cannot be flicked away like dandruff. They are literally glued to the hair shaft. Here is a visual:

3. If you treat and then comb out several dead adult lice (lice with large abdomens pictured above), your child has likely spread the lice to siblings and friends. Treat everyone in the house who has hair longer than a boot camp recruit. As much as you don’t want to, you have to do “the walk of shame” and tell everyone they have come into contact with for the last month or so including sports teams and dance studios. If other families catch it early, they will thank you. If you stay silent and they find out you have been spreading it without speaking up, well let’s just say you will not be a popular choice for play dates. You will also have to do a thorough cleaning of the home. Wash and dry ALL bedding in the house on hot. Vacuum all couches and cars. Toss out inexpensive hair accessories. The favorite head band or barrette can be boiled or placed in a plastic bag in the freezer for a few weeks. Place all brushes and combs in the dishwasher or boil them. Stuffed animals can either be bagged for a few months or placed in the dryer on high for at least 30 minutes. Carefully comb through your child’s hair with the lice comb, small sections at a time, at least once a day for two weeks. You should also retreat the child a week or two after the first treatment just to be safe.

4. If you find only a few nits and nymphs (baby lice with small abdomens) on your lice comb after treatment with LiceFreee, then you likely caught this early. Good for you. In my experience, it is unlikely that your child has spread the lice to others. I believe it is a head full of adult lice that causes them to go looking for a new host. You still should treat all members of the house and wash all bedding. I still do all the above with hair accessories and stuffed animals, but I do not vacuum everything that has upholstery. You also need to tell anyone you have come in contact with over the last week or so, but you can say that since you caught it early, you think it is unlikely that he or she has spread the lice around. Continue to comb out their hair with a lice comb for a week or so. Re-treatment in a week is probably not necessary, but is always good for reassurance.

5. If your child has come in close contact with another child with lice and you are unsure of whether they have contracted lice, treat anyway. Trust me you want to get these critters before they multiply. Another option is the LiceFreee shampoo that can be used over several weeks to treat/prevent head lice.

6. If you are so unfortunate to do battle with these bugs be thankful of this fact: head lice are simply a nuisance. They do not spread disease and no one is going to get seriously ill. Keep it in perspective. Now that I have done battle 4 times and won, I can truly say that there are far worse things in life than head lice. This too shall pass.

I have now done “the walk of shame” to the whole Internet. If this helps even one frazzled, befuddled mom, then it was worth it.