Well, There’s Two Ways You Can Look at This Anti-Catholic Story 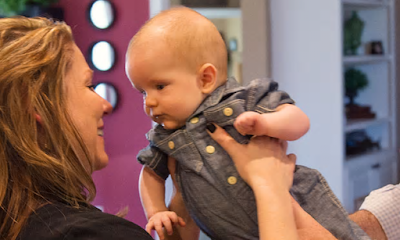 The Guardian published a story about an ACLU report:

Swank’s story comes from a new report by the American Civil Liberties Union and MergerWatch, a public health watchdog that monitors healthcare institutions with religious affiliations. The report finds that one out of every six beds in the country’s acute care hospitals is in a hospital with Catholic affiliations and that Catholic hospitals make up 15%, or 548, of the country’s hospitals. Those numbers attest to the sharp rise in Catholic control of medical institutions over a decade: since 2001, through a steady thrum of sales and mergers, the number of hospitals with Catholic ties has gone up by 22%.

Many public health advocates regard this trend with alarm.

All I can think is wow, those Catholics sure do a lot of good, huh? One out of every six beds in acute care hospitals has a Catholic affiliation. That’s pretty amazing, right? But the ACLU sees it as ominous. Cue the “Jaws” theme.

So never mind all that good they do caring for people. Unless you’re willing to perform abortions, you’re evil and must be stopped.

Then they tell a story about a young woman who asked to have her baby delivered at 22 weeks because she was bleeding. The Catholic affiliated hospital refused, fearing that the procedure would essentially be an abortion at that stage in the pregnancy. (Insert Jaws theme again.)

So the bleeding became worse at the 27th week of her pregnancy and the hospital assented to deliver the child. Eeeeeeeeeeevil, right?

So, I guess there’s two ways you can look at this particular story, right? On the one hand, the Catholic affiliated hospital didn’t deliver the baby early, at a point when the baby would likely not survive. The ACLU sees that as evil and the government must step in.

Or you can see it as they eventually delivered the baby and now everyone’s fine. And you’ve got this: