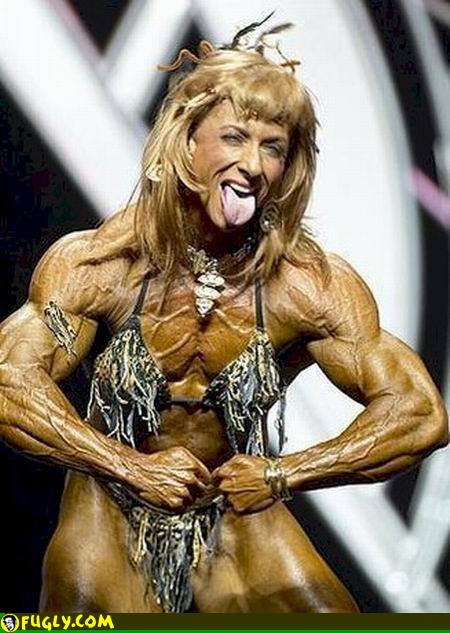 But it seems now that liberals and men are hell bent on destroying women’s sports. Just a few decades after the liberal agenda gave us Title IX which demanded that educational institutions offer just as many scholarships for women’s sport as they do men’s sports, now liberals are demanding that men can call themselves women and that will effectively eradicate women’s sports.

You see, the first thing took scholarships away from men and now the second thing gives it back to men pretending to be women. That’s the thing, it was never actual women they were trying to help. It was just advancement of the agenda. They don’t care who it rolls over or who it helps, it’s all about the agenda, stupid.

You see, a transgender weightlifter just won an international women’s competition for powerlifting and set a record. You know, all the actual women in the competition are like “What the what?!”

And do we really want to make women powerlifters angry?

Hubbard won the over-90kg division at the Australian International in Melbourne, lifting a combined total of 268kg, according to the New Zealand Herald. In doing so she set new national records “in the snatch and clean and jerk,” according to 1 News Now.

Before her transition, Hubbard competed in powerlifting as a man. Now a woman, she wants to continue to compete as her gender.
All of this has riled up some folks who see it as uneven playing fields. Garry Marshall, the president of Olympic Weightlifting New Zealand, said his governing body is simply applying the rules set forth by the IOC. Those rules allow Hubbard to compete as a woman after undergoing certain transitional steps.

With Hubbard’s eyes on bigger prizes, and the next Summer Olympic Games now three years away, this issue isn’t going away anytime soon.

It’s not going away soon. And let’s face it, unless the international competition judges say that unless you get your lower extremities lobbed off you don’t qualify then this is going to happen a lot more.

Look at colleges right now. They cost hundreds of thousands to earn a diploma. So why wouldn’t some dude say he now feels like a woman in order to save mad cash and earn a diploma? But once they start bringing out the shiny sharp things and ask him to drop his drawers he’ll just say he was kidding and walk quickly out of there.

This is an absurd situation brought to its logical extreme. Now, most normal people will say that obviously we’ve gone off the rails and maybe we need to reassess where we are. But we won’t. Because we’ve ceased to be normal.

It’ll actually be interesting. I wonder if the Olympics committee doesn’t recognize men pretending to be women as women will ESPN boycott the Olympics like they’re doing with states that say men have to use men’s bathrooms?