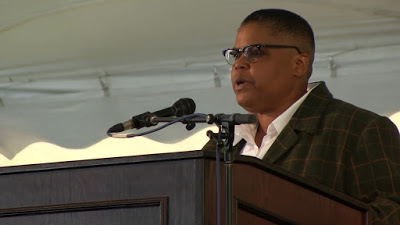 This Princeton professor spoke at Hampshire College’s commencement ceremony and went completely crazy anti-Trump. I read a brief summary and came away with one important question.

Taylor accused Trump of being a “racist, sexist megalomaniac.”

“The president of the United States, the most powerful politician in the world, is a racist, sexist megalomaniac,” Taylor said, according to a report by Campus Reform reporter Anthony Gockowski.

“It’s not a benign observation, but has meant tragic consequences for many people in our country—from terror-inducing raids in the communities of undocumented immigrants to his disparaging of refugees in search of freedom and respite,” Taylor also said during her speech.

I guess the question that comes to mind can best be summed up this way: