In my previous post, I laid the groundwork for what I will be explaining further over the next days. Mainly that there has been a de facto schism in the Church for some time, but those who no longer hold the whole faith didn’t leave, instead they took over. And now, they are using their power in a systematic way to herd the faithful Catholic cattle toward the cliff, where they can give us that final nudge. Or as I phrased it, how do you turn a de facto schism into a real one?

As it turns out, like with all other things, these people have a playbook. They know what worked in the past and they will use that model. In fact, they are already doing it. Piece by piece, they have been putting in place mechanisms that will give faithful Catholics no quarter.

What do I mean by “no quarter.” What I mean is they are taking a series of steps intended to give faithful Catholics, particularly traditional Catholics, no place to go other than where they want us. In short, they are executing a series of plays from their playbook intended to put traditional Catholics in a position in which they must capitulate or be disobedient to some degree. It is the disobedience they seek. 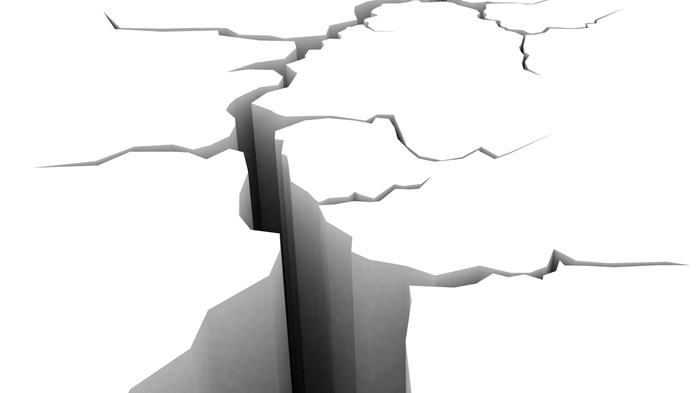 There are parallel steps and sequential steps involved here, but the important thing to understand is the pattern. By understanding the plays in the playbook, the game plan emerges. I quoted Pope Francis yesterday saying, “It is not to be excluded that I will enter history as the one who split the Catholic Church.” I suspect that sentence is the game plan. To separate traditional Catholics from the Church.

So, let’s start getting into the detail. Today I will cover the “no quarter” plan as it pertains to vocations. Most people are now familiar with what Pope Francis, through his apparatchiks, did to the Franciscan Friars of the Immaculate. What happened to the FFI establishes a pattern that we have seen repeated several times since. A handful of progressives within an order write a complaint letter (or some other alleged transgression) that the Vatican appoints a commissioner to oversee an Apostolic Visitation. In the case of the FFI, it was 5 men who complained of a “crypto-Lefebrvist” drift. That’s all it took. The founder is sent packing under a form of house arrest. And new vocations and formation are immediately stopped, and draconian rules imposed. Capitulate or get out. But it is this pattern of visitation and destruction that we will see time and time again. They shortly after repeated the same process with the Franciscan Sisters of the Immaculate. As will see, when they want you gone, this is the play in the playbook.

We have seen this same scenario play out again and again. The visitation process was used in South America as well to remove traditional-leaning Bishop Rogelio Livieres Plano. Some have claimed this was because ostensibly because of his appointment of Msgr. Urrutigoity (a legitimately bad actor) as vicar general. As we know, the list of Bishops that have shielded bad actors in their dioceses is a mile long, but the destruction of the traditional-leaning Bishop was swift. Cardinal Wuerl, I remind you, is still the Archbishop of DC and “Uncle Ted” McCarrick is still a priest. Interestingly, that is not the reason given by the Vatican. As Ed Pentin reported:

The Vatican has said Bishop Rogelio Ricardo Livieres Plano was removed last month not so much because he appointed a priest accused of sexual abuse as his vicar general or allegations of embezzlement – as many had thought – but because of internal disagreements.
“The important problem was the relations within the episcopacy and in the local church, which were very difficult,” Vatican spokesman Father Federico Lombardi said Sept. 26. Concerns about the former vicar general, Father Carlos Urrutigoity, were “not central, albeit have been debated,” he added. “There were serious problems with his management of the diocese, the education of clergy and relations with other bishops,” Father Lombardi said.

More recently we have seen the same modus operandi used in Memphis to remove Bishop Martin Holley.  I can’t even tell you why he was removed.  Neither can he as it turns out.  He was given 24 hours notice of the visitation.  He was provided no findings.  He wasn’t provided any report.  He was offered no chance at clarification or defense.  And then was told the Pope said he must resign.  Now I don’t know anything about Bishop Holley or why they wanted him gone, but the message and the method is clear.  When they want you gone, they can make you gone.  They aren’t even going through the motions any more and any and all sense of due process or rights under canon law have been dispensed with.  That should make any Bishop nervous, which is exactly the point.  You can see below an interview with Bishop Holley and Raymond Arroyo.  The shock and disgust at the process is clear on Arroyo’s face.

The visitation and destruction method has again recently played out in France.  The Petites Sœurs de Marie Mère du Rédempteur committed the double crime of being a little “too conservative” and having some assets that the local Bishop coveted.  As Hilary White reports:

According to the lay organisation, (that you can find here on Facebook) following a merger of the sisters’ retirement homes with another [order] in Mayenne, Bishop Scherrer found himself an ex-officio member of the board of directors of the civil management association of these assisted nursing homes.” He reportedly began issuing orders about the management of these homes, despite his lack of experience in the field. Naturally these decisions met with resistance, and the bishop’s response was to initiate a “canonical visitation” on the order, an action that in our current epoch has become tantamount to a declaration of war. His two visitators, unsurprisingly, gave him a report on the life of the sisters that found them to be too traditional – accusing them of “sectarian excesses,” objecting to their return to the traditional habit and their rejection of modern media in the enclosure – which was then sent on to the Roman Congregation for the Institutes of Consecrated Life of Cardinal Joao Braz de Aviz, of odious ill fame. (One has to wonder, while reading the story that follows, whatever happened to the good cardinal’s commitment to “dialogue”…)
The result of this delation was that the Congregation “suspended the Council of the Congregation and sent the Superior General and the Mistress of Novices into exile to distant monasteries for an indefinite period.” This left three apostolic commissioners, appointed by Rome, in charge of the congregation. An appeal by the sisters for a new canonical investigation was refused by the Congregation.

As a result. 34 of the 39 sisters have asked to be released from their vows.   We have seen the same thing happen to the Sovereign Military Order of Malta.  We watched that putsch happen in real time. Sovereign, not so much.

Whether you are a traditional leaning order, moderately conservative, or even a bishop not getting with the program, the message and method is clear.  When they want you gone. They can make you gone.

So that is one play from the playbook and we have and will see it play out again and again.  No recourse, no rights, no justice, just gone. But that isn’t enough.  They also have to make sure they have no place else to go.  As shocking and upsetting as is the abuse of power described above, there are things the Pope has done that I think are even worse.

The Pope has put in place rules that are meant to make sure that not only do religious have no place to go, but that they will never have to deal with this problem again.

To understand this in its proper context, I would like to back up for a second.  Yesterday I visited the topic of the abuse of the synod process.  Back in the first iteration of the Synod on the Family, the Pope was embarrassed and annoyed by the push-back he received from some bishops.  The rules allowed discussions, statements, voting that did not conform with the pre-ordained ends.  So the rules were changed so that would never happen again.

So let’s revisit what happened after they destroyed the FFI.  A handful of the FFI, fed up with what had happened and determined to try and live the religious life they justly desired, sought to be incardinated in other diocese and form new groups under a local bishop.  They wanted to start over.  But this could not be allowed.  The Pope’s hand-picked commissar for the FFI, Fr. Fidenzio Volpi, was so enraged that Bishops would welcome them and escape their clutches, that he took the unprecedented step of attending the Assembly of Italian Bishops (CEI) in Assisi in 2014.  There he “warned” the Bishops there to not even consider such thing, or else.  (We will come back to the CEI in a later installment.)  So you had this priest warning bishops not to use their own legitimate authority to cross the regime or give quarter to any of the recalcitrant.  Truly it is shocking.  But that was just the beginning.  Like before, when the rules allow things they don’t like, the rules must be changed.

Canon law allows for Bishops to erect institutes of consecrated life in their diocese which Bishops have always had broad authority to do, and which some of the smashed community members sought to do.  In 2016, Pope Francis issued a decree that “clarified” canon law and requires that a Bishop get permission from the Holy See first.  See, they just want to make sure there are no “redundant” charisms.

So you Bishops who want to do something like that, you need to check with us first, but just keep in mind that you don’t accidentally trigger a visitation.  That is a nice diocese you have there.  It would be a shame if something happened to it.

When I say, no quarter, I mean NO quarter.