From Ed Pentin
“A spokeswoman for the @orderofmalta in Rome has confirmed to me this morning that this June 10 letter of the Grand Master banning all liturgical ceremonies in the Extraordinary Form within the Order is genuine.”

They are so concerned about unity, that they made this decision and issued it without even letting their communications people know so that everyone had to scramble around for 24 hours just to find out if it is real. It is. Despicable decision, done despicably.

The SMOM is Pope Francis’ Puppet now. He did this. (Also probably not a coincidence it came out on the same day as ++Burke’s Statement of Faith correcting the common errors of Francis just like it was no coincidence that the Pope gave an interview on the McCarrick scandal after a year of silence on the same day evidence dropped showing the lies.)

Anyway, read it and weep. 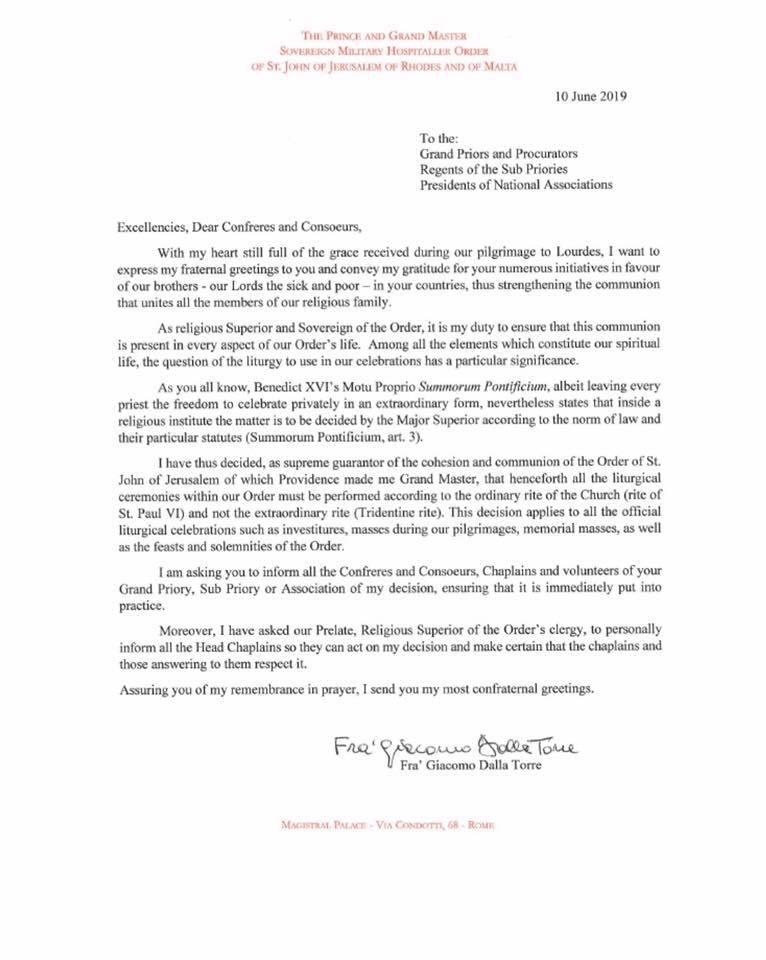