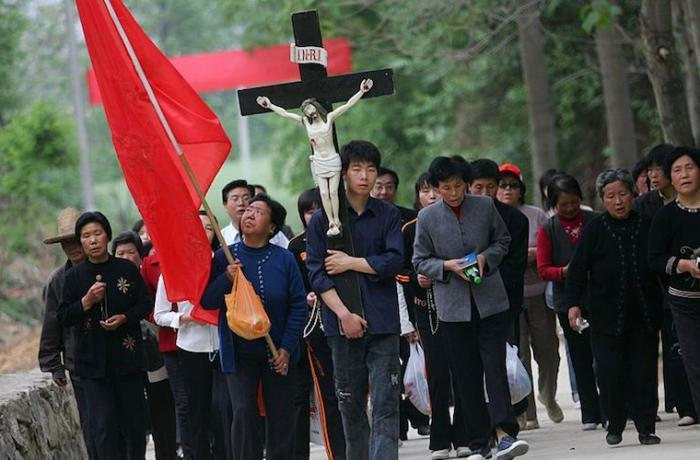 Take a moment to pray for Chinese Catholics who are standing up for their faith. Let’s pray that the Vatican eventually does the same.

In its ongoing crackdown against Catholics who refuse to submit to government authorities and sign a document of assent, Chinese Communist officials are evicting bishops and priests from certain churches and putting them on the street.
As for the document of assent — agreeing to join the “independent” church that is “led by the Chinese Communist Party” — officials claim the Vatican supports the measure.

As reported by Asia News on Jan. 16, Chinese police recently turned off the water and electricity at five parishes; one of the churches in Fuan has 10,000 members and a now-closed church in Saiqi has 3,000 members.

At his parish in Mindong, Bishop Vincenzo Guo Xijin and the priests who work for him were evicted. Bishop Guo “is now homeless and sleeping on the doorstep of his curia and clergy house in Luojiang,” said Asia News.