The Old Normal Wasn’t That Great 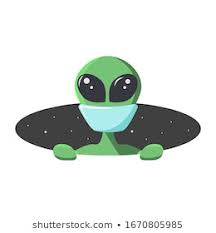 I’m interested in what we’re calling the new normal. Hey folks remember, the old normal wasn’t that great. Maybe this can act as a reset button culturally. Probably not though, right?

I used to think that if Americans had a common enemy we’d all rally together. Turns out I was way off. yeah, we’re kinda’ doomed. Congress isn’t even reconvening. They essentially declared themselves non-essential workers. For once, we can all agree.

Yesterday, a giant asteroid passed by Earth yesterday. For a minute I got hopeful but then I thought “Thanks anyway Asteroid, we’ll just destroy ourselves. We got this.”

Speaking of space, the Pentagon released pretty startling footage of UFO’s and I can’t help but wonder that in this moment where so many people are panicked out of their minds, someone at the Pentagon thought “hey now’s a great time to remind them about aliens!”

People are so panicked about Corona that most people were just like hey, just tell them to stay six feet away.