Yeah, These Republicans Hate Trump. They Also Hate You 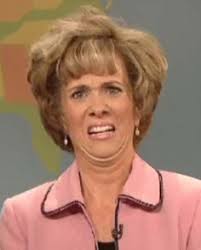 My buddy Jason Jones pointed out that pretty much all the Republicans supporting Joe Biden are pro-choice.

I told him about a conversation I had with a now former pro-choice Republican congressman back when I got involved in politics. I asked this congressman about abortion. Now, he considered me one of the gang because I was employed by a campaign so he felt he could speak openly to me. I spoke about abortion as an issue about life being sacred. He looked at me like I was crazy and simply said that in his district it didn’t poll well. And he said that like it meant something. He said that like it trumped what I said. Then it was my turn to look at him like he was crazy.

Guys, the Republican Party has looked down on pro-lifers for decades. They need us but they don’t want us. They think we’re weird religious fanatics. Obama’s slur about us clinging to our guns and bibles resonates with them. That’s how they see us too.

They say they’re endorsing Biden because they despise Trump. But make no mistake they also despise you.

Once when I was at a GOP meeting I was having a pleasant conversation. The issue came up about life and they were all comfortably pro-choice. When I mentioned that I was pro-life this was how they looked at me.