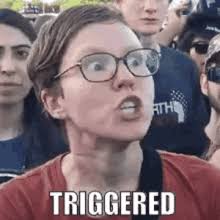 Translation: She actually believes in that stuff!!!

So this appeared in the Miami Herald and then on Yahoo.

Jamie R. Grosshans, the last-minute choice of Gov. Ron DeSantis to the Florida Supreme Court, is an anti-abortion defender who has been active in a number of Christian legal groups, including a powerful national organization whose mission is to “spread the Gospel by transforming the legal system.”

This was the second time in Grosshans’ meteoric rise as a judge that she became a finalist for the state’s highest court. She first applied in December 2018, when there were three vacancies on the court, but DeSantis chose Lagoa, Luck and Carlos G. Muñiz instead.

Both times Grosshans applied to the state’s high court, she left out some details on her application: specifically her membership in the Alliance Defending Freedom, her work as a Blackstone Fellow, a prestigious but secretive national award that trains rising star lawyers in the conservative teachings of the ADF, and her 2011 work with Orlando attorney John Stemberger to prevent a young woman from having an abortion.

It’s so ultra secretive that the Alliance Defending Freedom has a whole page describing it on their website. That’s really secretive.

If you ask me, here’s everything I need to know about this judge.

Laura Goodhue, the vice president for public policy at Planned Parenthood of South, East and North Florida, called some of Grosshans’ past associations “concerning.”

This is not an actual depiction of Mz. Goodhue but this is pretty much how I imagine her.

That’s the best qualification a judge could have.