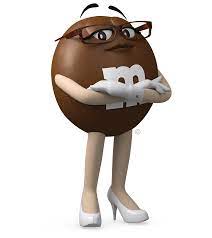 One of my kids asked why no meat on Fridays or why should we be giving up something for Lent.

In response I told him a story about the rock group Van Halen.

Van Halen had a stipulation in their touring contract that on top of all the things, the heavy equipment, the set up of instruments and lights, and the million other things it takes to move a rock show from one city to the next, they demanded that in their dressing room there should be a bowl of M&M’s. Not just any bowl of M&M’s. They wanted it filled but with all the brown ones taken out.

When this came to light in a magazine they were mocked for being divas.  But the band later explained that they put that stipulation in as a way to easily see if the  crew in that city was on the ball or not.  If they walked into the  dressing  room and saw no M&M’s they knew there would be widespread problems. If they saw a filled bowl but including brown M&M’s they knew that attention to detail was a concern. But if they walked in and saw the filled bowl with all the brown M&M’s removed, they knew they could rest easy. They knew the crew had everything under control.

Lent is our chance to  start small. It’s an opportunity to focus on details. Maybe focus on not eating meat or giving up chocolate or not swearing.

Lent is a great way of focusing on removing the brown M&M’s. It’s a little thing that  helps us with the larger goal of becoming less  worldly. Start small and maybe end up a saint.

Saint Therese said to do small things with great love. Lent is an opportunity to do that. And if you do that you go to Heaven where there will most certainly be tons of M&M’s.