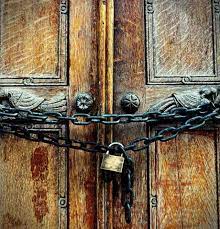 In times of persecution, pandemic, and revolutions the Catholic Church has always been a safe haven because it is in times of strife that so many find meaning in their faith once again.

But not in Quebec.

LifeSiteNews reports that the Archdiocese of Quebec City has announced that due to the most recent surge in case numbers of Covid all Christmas masses are cancelled.

The archbishop of Quebec City, Cardinal Gérald C. Lacroix, announced Wednesday that as part of the “fight against” COVID-19, all public Masses starting from midnight December 23 to January 10 are canceled. According to the statement, the only exception will be for funerals.

“Given the seriousness of the health situation, in consultation with parish leaders and his team, the Archbishop of Quebec City has made the difficult decision to suspend collective celebrations on his territory, starting December 23 at midnight, until January 10, 2022 (with the exception of funerals),” wrote the archdiocese in the official announcement.

“I am aware that it will be very disappointing not to gather in church this year for Christmas and New Year’s Day celebrations, but I consider that it is our duty to participate in the collective effort to avoid the further spread of the coronavirus,” added Cardinal Lacroix.

While “personal visits” to churches will still remain an option for some, the government-mandated protocols, which now include requiring church-goers to show proof of vaccination to enter the building, will stay in effect.

In a section of the statement called “celebrate differently,” the archdiocese attempts to placate Catholics by stating that this can be a time to “celebrate the Nativity in the privacy of their homes” and allow time for “interiority” in their celebrations.

Lastly, the archdiocese reminds Catholics that while reception of the Eucharist during the Holy Sacrifice of Mass is prohibited, all are welcome to watch “Christmas Masses online.”

If you keep telling Catholics that the sacrifice of the Mass is not as important as other things, they will soon come to believe this.

What about more masses? What about a small Christmas Mass every hour. That way you ensure fewer people at each Mass and less chance of contagion.