Hilarious. Pro-Abort Pol Backtracks on Vindictive Abortion Bill After Pro-Lifers Jump in to Support It. 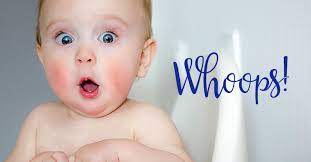 I love this story because it reveals how dumb our elites actually are and how illogical it is to be pro-abortion. Love this.

Pro-choice Oklahoma Rep. Forrest Bennet, D, recently found himself in a lurch after he proposed HB3129, a bill that would require the father of a baby to pay for half of the medical care related to the mother’s pregnancy. Bennet meant the bill as a kind of vindictive response to the state’s restriction on abortion.

Bennet tweeted, “This week I filed HB3129, which codifies that a father’s financial responsibility to his baby & their mom begins at conception. If Oklahoma is going to restrict a woman’s right to choose, we sure better make sure the man involved can’t just walk away from his responsibility.”

In a surprise to Bennet, however, conservatives seized on the bill and enthusiastically voiced their support for it. Even satire site “The Babylon Bee’s” non-satire sister site, “Not The Bee,” picked up on the proposal, celebrating Bennet as “the pro-lifer of the year.”

Fr. Matthew P. Schneider chimed in with, “Great move! Let’s pass these bills in all 50 states.”

Another pro-life supporter tweeted, “The fact that you frame your proposal this way leads me to believe that you don’t understand our prolife movement. We 100% believe in personal responsibility, for fathers as well as mothers.”

After it became clear that he had stepped in a trap of his own making, Bennet announced he would change the bill, tweeting, “Let me get this out of the way: obviously I’m not moving forward with this bill as written. I’m glad many of you understood the idea but it clearly needs work. So to actual constituents of mine like @realmartypeercy who requested that I go back to the drawing board, I hear you.”

In another tweet, he stated, “Many of you got the subtext that Oklahoma is champing at the bit to outlaw abortion & define life as beginning at conception. But if you didn’t, you might think I want those things. I do not.”

Finally, he explained, “Planning for that possible reality is important though, because as those of us who believe in abortion access fight for it, we also need to mitigate the consequences of legislation that pushes us in the other direction.”

Conservatives were thrilled to see the bill introduced because it made the same two critical points they’ve been making for years: 1) life begins at conception, and 2) a father holds equal parentage with the mother.

Conservatives fully support men being required to support their child, therefore the concept behind this bill is one we should all get behind: Men should take care of their families.”