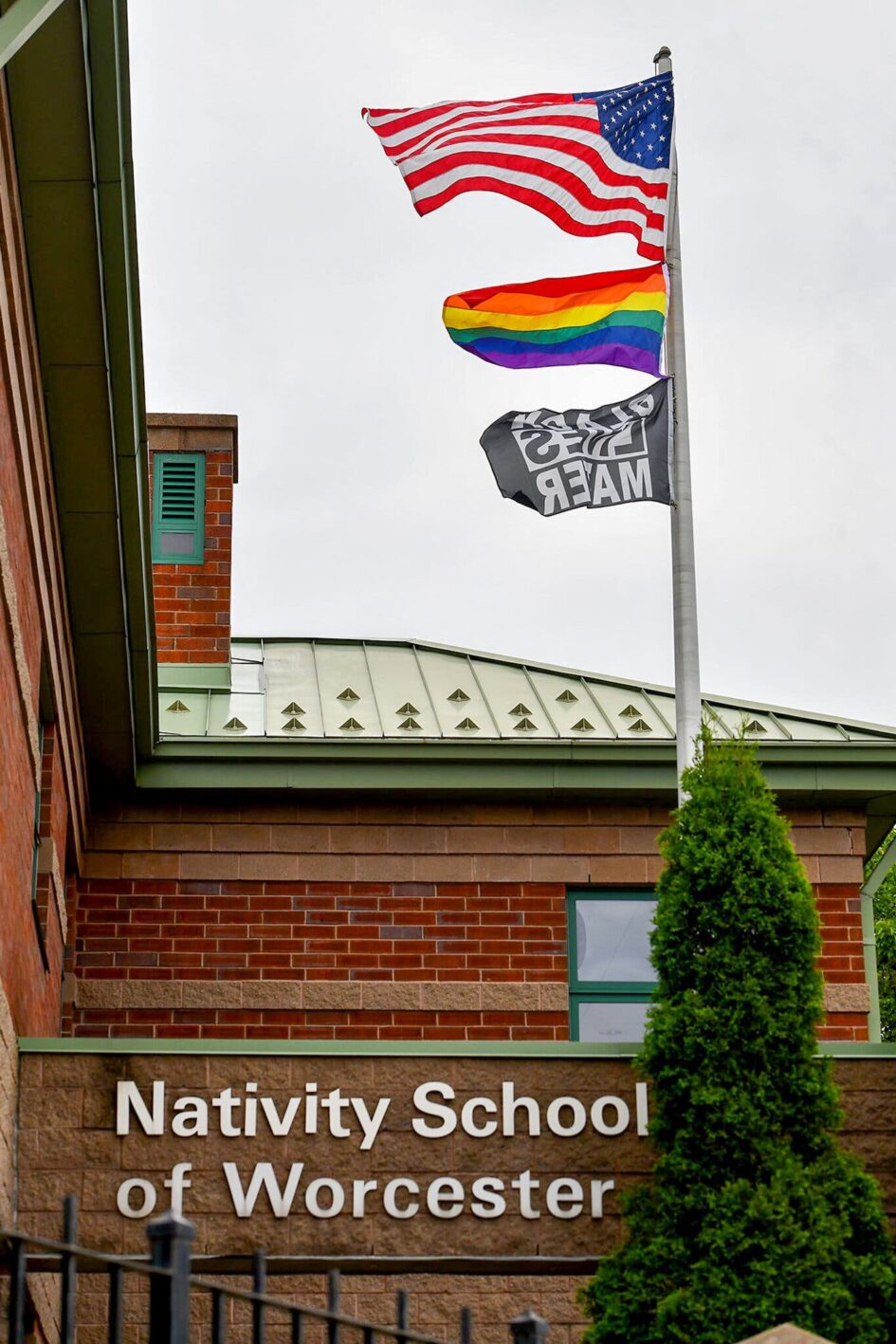 Good for him. Standards and all.

A Catholic school in Worcester, Massachusetts flew a Pride flag and a BLM flag.

Bishop Robert J. McManus of the Diocese of Worcester told officials at the Nativity School to remove the flags, which are meant to support justice and equality for Black and L.G.B.T.Q. people, saying that the school would be “prohibited from identifying itself as a Catholic school” if it did not comply, according to the NY Times.

Guess what happened next? The school continued flying the flags, daring the bishop to stand up to them.

And in the shocking twists of all shocking twist, a Catholic bishop stood up and defended Catholic teaching. Bishop McManus said in a letter that he had “no other option” but to declare the school as no longer Catholic.

The school argued that it makes the kids feel good about their school to fly their flag. The vomited up the word salad that included terms such as “tolerance” and “diversity.” But in the end, what does it mean to be a Catholic school? And who gets to decide?

“It is my sacred duty and inherent responsibility to determine when a school claiming to be ‘Catholic’ is acting in such a way that is contrary to the teachings of the Catholic Church and disregards my legitimate authority,” Bishop McManus wrote recently.

This will predictably be framed as the Church standing against gay kids and minorities but it’s not. It’s stating that the Church has teachings. If you toss those teachings away, you’re not Catholic anymore. You’re free to do what you like but it may not be Catholic just because you say it is.

The Church has a teaching on sexuality. It has kinda’ stood the test of time, unlike some other fads. Good for Bishop McManus.