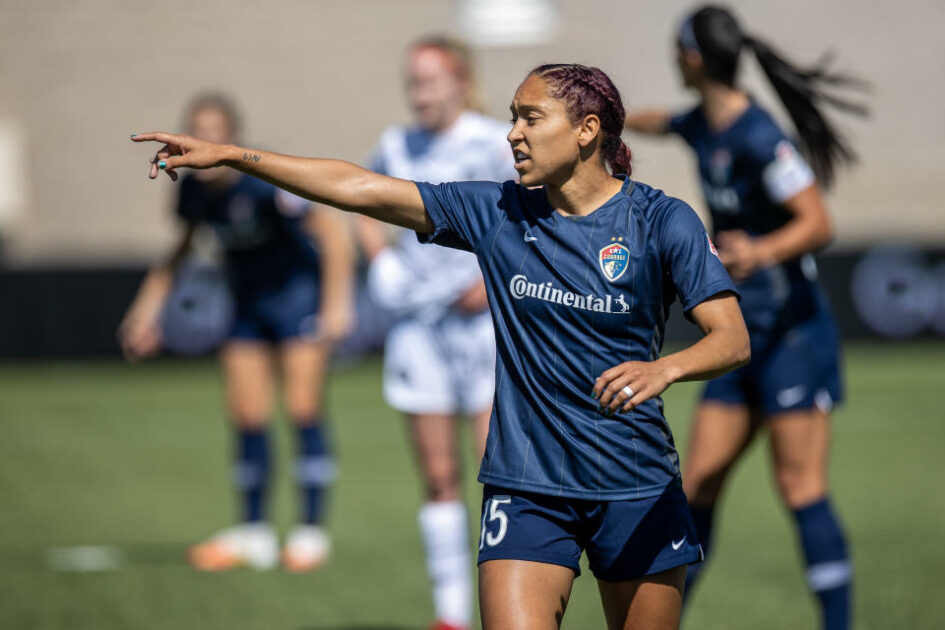 Remember when they said that all they wanted was tolerance? Yeah, it seems that’s not enough. You must now celebrate their choice. Or else.

A woman on the ironically named team “North Carolina COURAGE” is refusing to play for her team on Pride Night. Let’s just say that the team doesn’t like this woman’s courage.

North Carolina Courage defender Jaelene Daniels, who declined to play for the U.S. national team in a Pride Month jersey, is now refusing to play for her club on Pride Night.

The Courage play the Washington Spirit on Friday night in the National Women’s Soccer League, and will host an inaugural pre-match Pride Festival, a celebration of the LGBTQ+ community. They’ll also wear rainbow-themed jerseys.

“Jaelene will not be rostered tonight as she has made the decision to not wear our Pride jersey,” a Courage spokeswoman said in a statement hours before the 7:30 p.m. kickoff.

“While we’re disappointed with her choice, we respect her right to make that decision for herself,” the statement continued. “We’re excited to celebrate the LGBTQIA+ community with our fans, players and staff tonight and look forward to hosting our first ever Pride Festival before kickoff.”

Daniels (née Hinkle) has not yet explained her decision.

In 2018, a year after turning down the USWNT call-up, she said that, as a devout Christian, she “felt so convicted in my spirit that it wasn’t my job to wear” the Pride jersey. To LGBTQ+ fans and fellow players, her message and beliefs were clear.

Daniels retired in 2020 at age 27, but came out of retirement last December. The Courage received blowback when they re-signed her, and apologized to their fans.

“We as a club acknowledge the impact this announcement has on our community,” the club said in a statement responding to the outcry. “We’ve spent the past few days reading your messages and reflecting on our actions. We are very sorry to all those we have hurt, especially those within the LGBTQIA+ community.”

This Christian woman has made it clear time and again that she loves and respects everyone. But as a Christian she can not endorse that behavior. She is not rejecting them as people. She is not dehumanizing anyone. She is not wanting to kick someone off the team for this.

Note: This is what’s happening to her. But somehow she’s the bigot.

Where’s the other side of the story besides here? Where’s the news story about the big mean soccer team that derostered a player solely for their religious belief? Hmmm? I guess we won’t see that one, huh?

“Evil preaches tolerance until it is dominant, then it tries to silence good.” -Archbishop Charles Chaput.