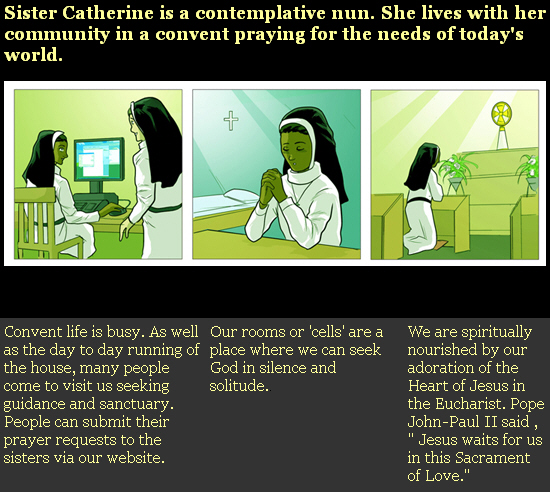 You gotta get ’em early, I guess.

The Catholic Church in England and Wales is launching its own comic strip in order to attract teenagers into the priesthood.
Fr Paul Embery, the Church’s Director of Vocations:

“We realise that this kind of commitment is counter-cultural. It requires great sacrifice, and a lot of people see it as monotonous and boring, but actually it is an extremely fulfilling job,” he said.

“Manga cartoon characters are popular with young people from the age of 10 up to mid-20s and we thought that it would be a way to help them use their imagination when thinking about the priesthood.”

I am not sure how effective this will be, but it cannot be worse than bad music, drums, syncopated clapping, and folk music that stunk even 35 years ago that we see at the ‘Teen Masses’ today.

I still believe that a strong dose of good ol’ fashioned Catholicism would better do the trick.