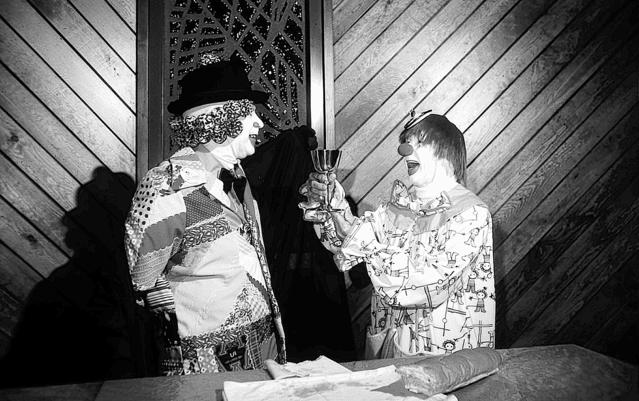 Some memories are best forgotten.

It was a surprise to the congregation of Tanque Verde Lutheran Church on Nov. 28, 1982, when two clowns showed up at the Advent Night Holy Communion service. The clowns were members of The Faithful Fools, a new religious clown group in Tucson, and they had been invited to serve the Eucharist. Their version of the service involved a loaf of bread disguised as a baby, a black cross and a battle between good and evil. In the end, Dave “Dozo” Kitner, left, who played the evil figure, was forgiven. He removed his black robe to reveal a clown and the Rev. Roy “Rosie” Guinn offered him the chalice. According to Kitner, religious clowning, which has some roots in church history, was undergoing a resurgence of popularity in the country.
What a difference a generation makes!