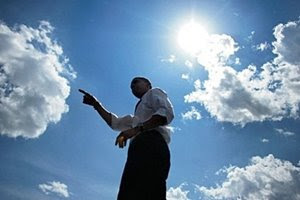 The pictures say it all, don’t they?

And this, I think, is a pretty fair example of how the objective media has been treating Barack Obama. Folks, this is supposed to be America. The media is supposed to be on the side of the people. They’re now an unofficial propaganda arm of the Obama campaign, much like they were for Bill Clinton. But I do think it’s even more obvious this time.

And honestly, do you know why I think they’re so desperate. It’s the Supreme Court. I think behind all the talk about health care, the economy, and the War looms the specter of another Scalia. And that frightens the hell out of the liberal media. They won’t know how to comprehend a country that overturns Roe V. Wade or doesn’t push gay marriage. Liberal know they can’t get their agenda across by vote so the court is everything to them. They can’t afford another Scalia. And if McCain makes this thing close, the media is going to grow increasingly bizarre in their treatment of Obamessiah.