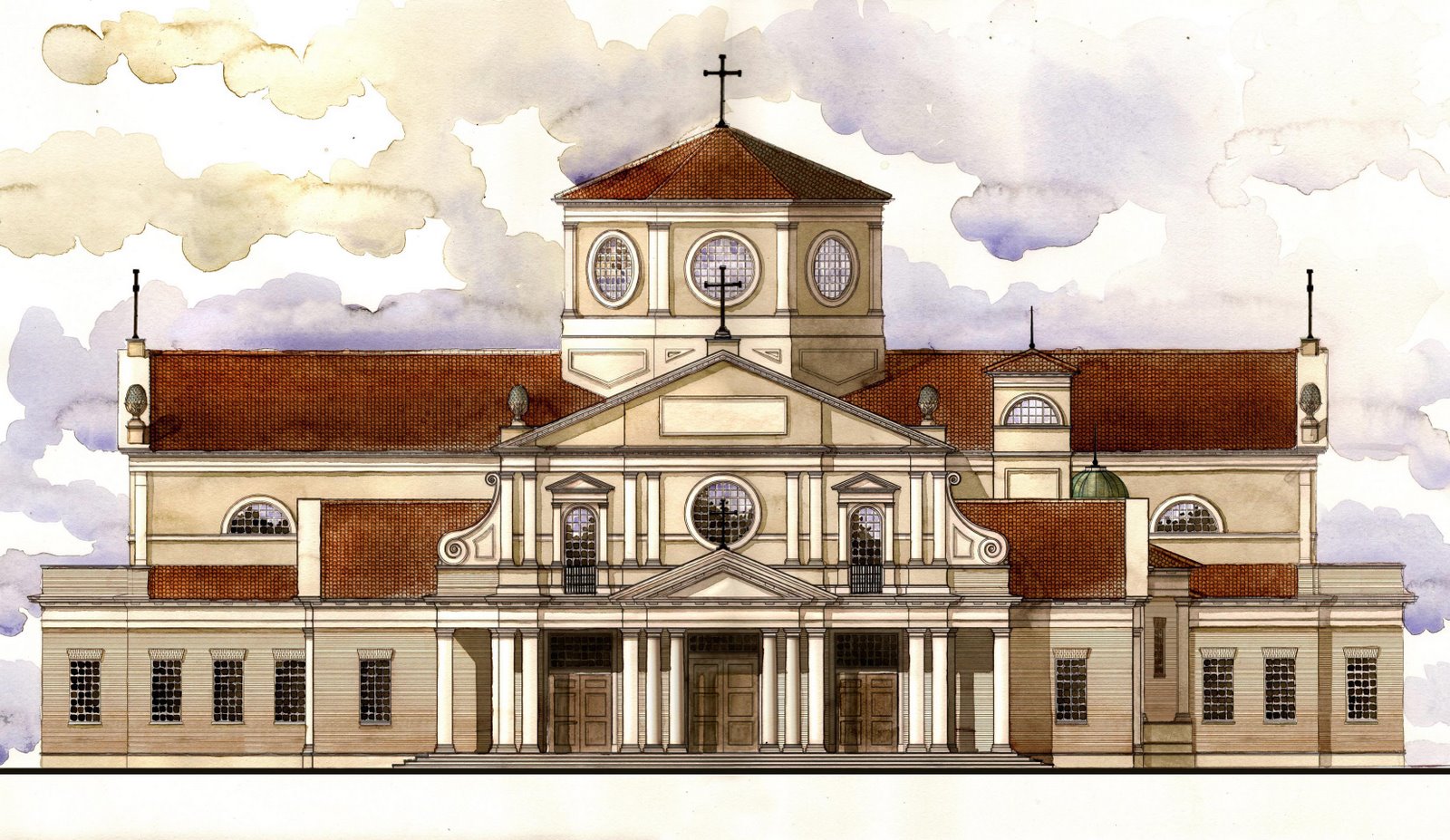 What follows is the second installment of an architectural theology series using the new church of Saint Michael the Archangel in Leawood, Kansas as an example. For the introductory information, click here.

St. Michaels’ new church partakes of a “high” theology of ecclesiastical architecture, meaning that the building is understood as a “sacrament.”

In the broad sense of the word, a sacrament is a sign which makes an otherwise unknowable spiritual reality knowable, active and present, to the senses. The Eucharist, of course, is our supreme sacrament, but a church building is a sacramental image of the Heavenly Jerusalem, the biblical term for heaven itself. So the church building is more than simply a luxurious meeting hall, but in its very art and architecture, allows worshippers to participate in the “signs and symbols of heavenly realities” as the Second Vatican Council requested in its document on the sacred liturgy called Sacrosanctum Concilium.

While the world still shows evidence of the Fall, when humanity and the rest of creation fell into disorder and chaos, the church building shows us what our heavenly future might “look like”: radiant, ordered, centered on the worship of God in Christ, restored, renewed, and populated with the harmonious interaction of angels and saints.

In theological terminology, this looking forward to the realities of heaven is called “anticipated eschatology,” the participation now in the things of the eschaton, or end times, when God has fully restored his creation through the sharing His own Divine Life. The church building is therefore oriented toward the east, the direction from which Christ will return at the end of time (Acts 1:10). As the congregation assembles, it takes an eschatological orientation; in its very arrangement, it looks to the return of Christ, signaling the completion of his mission of restoration.

In the world outside, people interact with discord and slander; in the church they speak in one voice, praising God in liturgical texts and songs. Outside, the world is filled with the smell of stench and decay; the church gives us the scent of a renewed creation in its flowers and the sweetness of rising prayer in its fragrant incense.

The dullness of concrete and asphalt gives way in the church to marble, bronze, silk and gold. The chaotic tone and secular content of movies and television are replaced in church by images of Christ, the saints, angels—with whom we all worship as a sacramental image of the Mystical Body of Christ. For this reason, the small, high windows of the new church design allow light to flood in, but prevent looking out to the fallen world. Instead, they allow the faithful to enter a sacramental image of the new heaven and earth, participating now by way of foretaste in the realities of heaven.